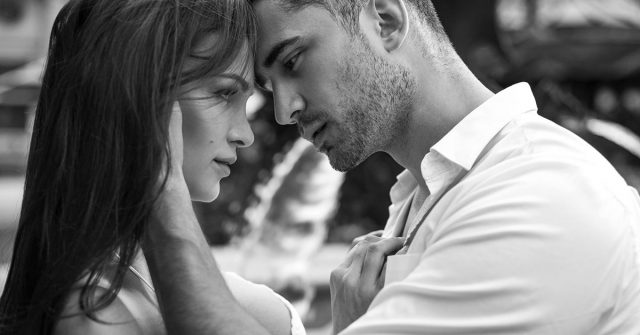 Have you ever wondered what is the real reason behind the creepy, masochistic and troubling relationship between a narcissist and an empath?

How could they even attract each other when they’re so much different from one another?

Well, the funny thing is, they can. Most of the relationships that end up devastatingly down the gutter are probably based on an empath-narcissist connection.

These diametrically opposite personalities attract because they feed off each other.

On one side of the spectrum, we have the narcissists.

The most common thing about all narcissists is the fact that these people are emotionally wounded human beings. These emotional scars are usually the painful consequences of a past, traumatic even that destroyed their life and scarred them for all eternity. Someone or something made them feel worthless and unvalued, ripped them off their confidence, shattered their dreams and as a result, they desperately seek other people’s attention and validation.

On the other, much brighter end of the spectrum, are the empaths. Better known as the all-powerful healers. The protectors of our earthly realm. They have the ability to absorb and sense other people’s energies and take it on as though it were their own. Their receptive soul and fragile heart help them see everything that our average eye cannot.

However, what the empath usually fails to understand is the fact that narcissists are takers disguised as incredibly attractive individuals who have the power to trick you and entrap you with their irresistible charisma.

The thing is, empaths are pure beings. They vibrate on a much higher frequency. They believe in the good in people. They like to think that they have to power to fix almost anyone.

But, a powerful, manipulative energy-sucker such as the narcissist cannot be easily controlled and tamed.

And so, that is how the manipulation games begin.

The narcissist usually portrays themselves as a troubled person who desperately needs the empath’s help. That’s is usually everything the empath needs to make the mistake of a lifetime and fall down the rabbit hole.

However, once the wounded empath retreats, they take on the most common narcissistic traits and they begin to desperately seek for love, validation, attention, and acceptance from the narcissist.

As the empath focuses on the pain of being rejected, they become more and more self-obsessed and instead of looking outwards and understanding what is causing that insufferable pain, they isolate from the world and put the blame on themselves.

Meanwhile, the narcissist uses the empath’s misery as a way to become even more powerful and blames the empath for its own pain and its own experiences.

This is a stage where the empath eventually becomes fully aware of what’s really going on. However, it should be noted that once an empath opens their eyes and see everything clearly, they have a choice. To remain the victim or confront the narcissist and find a way to leave everything behind them.

Once the empath realizes what is happening, they shouldn’t put the blame on someone else. From that moment on, they are responsible for every decision they make. If they refuse to take responsibility and choose to stay the victim instead, there will be painful consequences.

But, if they choose to fight for their rights and face the person who made them suffer, they will easily free themselves from the narcissist’s prison.

That is why it is essential for all empaths to understand that not all of the people want to change. The chance of a narcissist changing is highly unlikely, and that’s exactly why an empath shouldn’t even bother sticking around waiting for it to happen.

Empaths must learn to preserve their energy and focus it on people who are ready to receive it.