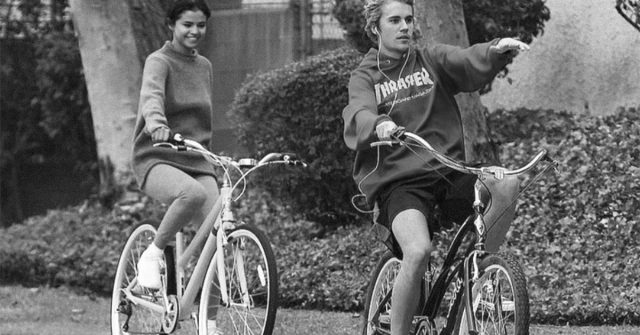 Loving someone with ADD/ADHD can be a difficult task. You never know which action or word of yours will be the one that triggers an explosion of emotion.

Being in a relationship with a person who has ADD can be very challenging because they display behaviors which can be harmful to the relationship.

For example, their emotional outbursts, lack of concentration, forgetfulness, and even anxiety can make them appear oversensitive, irresponsible, and even rude to you, but in fact, these are issues they have to face and endure every day.

Whether it’s your friend, your partner, or a family member, ADHD tests all relationships. To avoid conflict and bring peace into your lives you need to understand what a person with ADD feels like and learn how to handle their emotional ups and downs.

Learning how to be more tolerant, patient, and compassionate will benefit both you and the person you’re in a relationship with.

So, if you happen to be in love with someone with ADHD, here are 18 things you need to know:

1. Their mind is always active.

Can you imagine what it would feel like to have a whirlwind in your mind that never stops? Well, that’s exactly what happens in the mind of a person with ADD.

They spend most of their day ruminating about what happened or didn’t happen and what might possibly happen in the future. Overanalyzing things and creating all sorts of scenarios in their mind is an exhausting and frustrating thing that they have to learn to handle.

2. They hear but do not always listen.

A person with ADHD will hear what you’re saying, but after the first few words, their mind starts drifting off. They’ll still look at you and hear you speak, but they won’t pay attention to what you’re saying. They’re likely thinking about how you’re moving your hands or how your hair is out of place.

3. They can’t regulate their emotions.

Their emotions are intense, out of proportion, and can’t be contained. People with ADD have a hard time processing and controlling them.

4. They can’t focus when they’re emotional.

If there’s something going on that causes them to feel nervous or distraught, a person with ADD can’t concentrate on anything else. They have difficulties concentrating at work, in their relationships, and in all social settings in general.

5. They have a hard time sticking to tasks.

Even when they have something important to do, there’s a myriad of things that distract them from the task in front of them.

For example, when they’re at a meeting at work, they’ll look at the paintings on the walls or out the window rather than pay attention to what their co-workers are talking about.

They can have a trouble concentrating, but once they find something that catches their interest, they zone in so heavily that they can’t come out until they’re forced to.

They know that there’s much more beyond the visible exterior and they can see far beyond. This inspirational trait is what makes creative geniuses, such as writers, musicians, artists, and inventors thrive in this zone.

Another admirable aspect of people with ADD is how they process thoughts and address problems. They see solutions to problems that other “normal” thinkers can’t see.

A person with ADD can’t remember to buy milk at the grocery store or pick up their coat from the dry cleaner. They may also miss a few appointments and forget about when someone’s birthday is, but they remember every comment, name, or phone number they heard during the day. Their distracted mind is always somewhere else.

It’s easier for them to remember visual items, which is why they have 20 window tabs open on their desktop.

10. They are impatient and tend to fidget.

Wanting things to happen right away can result in some kind of constant movement. Tapping their fingers, twitching their leg, opening and closing things, or clicking pens – they need constant motion and these actions are pretty calming for them.

A person with ADD has a hard time keeping things in order because their brain doesn’t function in an orderly fashion. The only way they organize things is placing them in huge piles.

12. Anxiety is always lurking around the corner.

People with ADD are deep thinkers, and as such, they’re sensitive to what’s going on around them. Being surrounded by a bunch of people at a party or in a crowded restaurant can feel like they’re at a heavy metal concert. Hearing a sad story on the news can greatly upset them and even turn them into depression mode.

It’s difficult for them to moderate their intense emotions and impulses. They don’t think twice before they say what they think, which often makes them say things they later regret.

14. They are physically sensitive.

People with ADHD are more sensitive to physical sensations than other people. Certain fabrics can be itchy or uncomfortable, mattresses can seem bumpier, and some foods can have tastes and textures that you can’t imagine.

Whether they’re talking on the phone or having a face-to-face conversation, these people need space to pace. Moving around is calming for them and it brings clarity to their thoughts.

Because of the constant activity in their mind, they’re always ready to move on to the next task once they finish the previous one. The more tasks they’re engaged in, the better. They enjoy multitasking.

17. They have social anxiety.

A person with ADHD knows that they’re different and feels like they stand out from the crowd. That’s why they often feel uncomfortable in social situations. They fear they may react inappropriately or say something that will make them look stupid and weird.

18. Whatever they do, they do it with passion.

Their feelings, thoughts, and words are intense and powerful. When a person with ADD does something, they do it with all their heart and soul. This is what makes them so lovable.