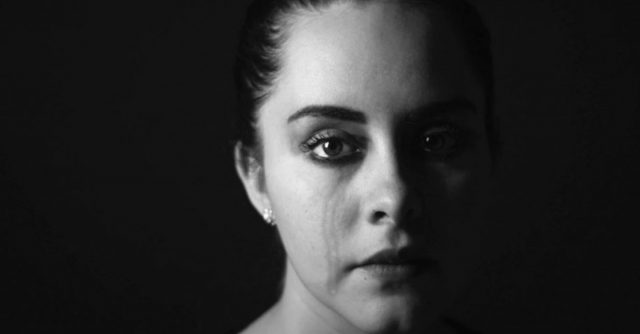 Many women decide to stay in terrible and abusive relationships because they love their partner, they don’t realize they are being abused, and the vicious cycle of abusive behavioral patterns has them feeling trapped.

And when we hear the word ‘abusive,’ we immediately think about physical violence. But, there is one type of abuse that is not so much talked about because it is hard to spot on and that is the emotional abuse or known as ‘gaslighting.’

This form of abuse is so dangerous, even more than the physical abuse because it leaves the victim completely out of control. It is a very common one, and yet victims don’t speak up about it because they are scared that other people will judge them, especially people who haven’t been through it themselves.

It is easy to say that any woman who finds herself in this type of a situation should leave the abuser immediately and put an end to the relationship or the marriage. And if she is not able to leave the “horrible” man then we assume that it is her fault for staying because she may be enjoying being abused.

But, it is easy for others who haven’t been through it to say that because they can’t understand how difficult it is for some women to leave the abusive man.

So, why do women decide to stay in abusive relationships?

THEY ARE IN LOVE WITH THE ABUSER.

Everyone who has really loved someone can agree that even though being in love is a beautiful, beautiful thing – it is also very complicated. It is a force that is so strong that makes us put our rose-tinted glasses on and only see the good in our partner.

If the question is “Can a woman love the man who is emotionally abusing her,” the answer is “Yes, absolutely.”

Plus, the woman may even sympathize with him in spite of everything that he is doing to her because she tries to justify his behavior and believe in his good nature.

So, she decides to forgive him all the terrible things that he has done to her because in the rare moments when he is all loving and vulnerable – she sees him as a broken man who is scared of being hurt. That’s why instead of abandoning him she decides to be with him and help him heal because she falsely believes that he needs her more than anything.

THEY DON’T REALIZE THEY ARE BEING GASLIGHTED AND ABUSED.

Gaslighting is one of the most harmful types of psychological abuse, and together with emotional abuse and manipulation, can really wreak havoc on the woman’s confidence and self-esteem and thus make her doubt herself and her perception of what’s real.

This dangerous form of abuse happens when the abuser blames their victim for anything bad that happens in the relationship. The abused woman now begins questioning her own behavior, her memory, and even her sanity.

This abuse happens gradually as the man will start slowly whittling away the woman’s self-esteem.

For instance, he will mention that she is constantly overreacting and overthinking everything because obviously, she has some unresolved issues and traumas from the past that she needs to work on. The woman may then perceive this as him caring about her because he said it casually and subtly.

But, as the time goes by, the man will begin using her insecurities (that he masterfully planted into her mind on purpose) for his own purposes.

Therefore, whenever she calls him out on his bullshit, he can say that she must be crazy for even believing that he is capable of doing such a thing. He’ll call her delusional, and like always – everything will be her fault.

Eventually, she’ll start doubting herself and start thinking that probably he is right and that she is overreacting. This leaves her in a very vulnerable position which the abuser can clearly see and start using her vulnerability as a tool for manipulating her further.

After a woman has spent many years of her life being blamed for everything, she eventually starts losing her perception of reality and begins to think that there must be something wrong with her.

There is also one abusive pattern that almost all manipulators use and that is – when they sense that the woman has made a decision to leave them, they will start acting as they did in the beginning stages of the relationship, which makes the woman wanting to give the relationship another chance because she loves him and she wants to make it work.

The woman will start reminiscing about the good old times and she’ll start believing him again that everything will be different this time around. It won’t.

And that’s how the abusive man gains complete control over his victim. He will forever dangle the carrot of change in front of her eyes, but he will keep it out of reach every time to make her feel hopeful that he’ll change in the future.

All this being said, there is really no point to try and find an explanation for the abuser’s behavior and why they are like that because you’ll be wasting a precious time and you won’t find an answer. Why? Because your reality and their reality of lies and manipulations are very different.

If you know a woman who is in an abusive relationship, please do not judge her and try to be more supportive of her.

This is a serious problem and needs to be addressed carefully.

And if we have the courage to share our stories or stories about someone we know about this problem and be able to hear other people’s stories without judging – then perhaps we can do something about it.

Share this post with your friends to raise awareness of this problem and help those who need to read this and save themselves from the abuse.