For years, bald men have held their place on top as some of the most attractive guys out there. Celebrities like Bruce Willis, Dwayne Johnson, and Jason Statham are renowned for their shaved heads and rugged good looks. However, recent trends have led men to start growing their hair longer. Nowadays, most men worry that going bald or shaving their heads will make them appear unattractive.

As it turns out, these men have nothing to fear because science says that bald men are sexier and more masculine.

Bald is the New Black

A paper was recently published by Wharton University, Pennsylvania which looked into how bald men were perceived by the public. In it, the researchers behind it included 3 different studies which all showed different results.

The first study consisted of showing people 40 photos of men dressed in identical suits, all of them being of different ethnicities. 25 of these men had shaved heads while the remaining 15 had various hairstyles. The results showed that people rated the men with shaved heads as appearing more dominant.

In the second study, the researchers took 4 photos from the previous study of men who were rated the same on perceived age and attractiveness. They then “digitally shaved” them using photoshop and asked people to rate them on several other factors. In this case, people rated them as appearing more dominant, confident, masculine, older, taller, and stronger.

Finally, the third study took 552 participants and gave them a description of a fabricated man named John. They were all given the same description of him, including age and occupation. However, the researchers changed some of the descriptions to say that he had either a shaved head, thinning brown hair, or thick brown hair. In this scenario, the man with the shaved head was said to be more confident, dominant, masculine, strong, and attractive. 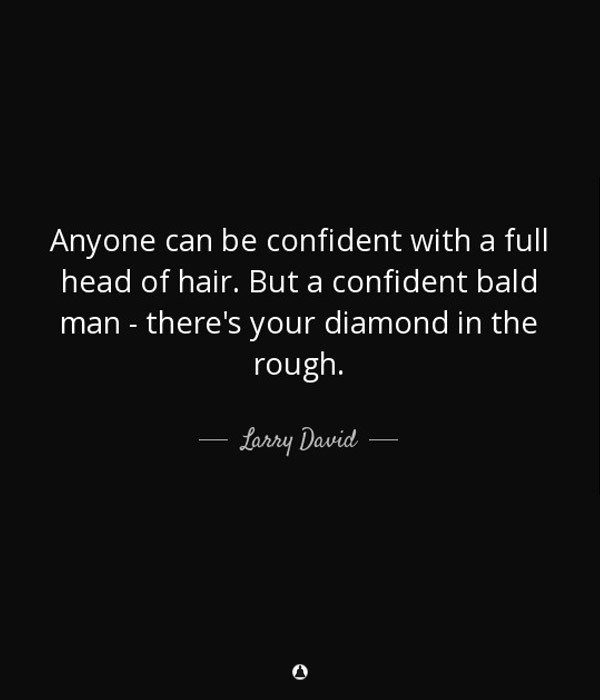 There’s No Reason To Fear Balding

Going bald is something that so many men everywhere are terrified of. To make that fear even worse, 66% of men lose a considerable amount of hair by the age of 35. Furthermore, by 55, almost 90% of men will have significant to total hair loss. Sadly, this can cause them to become depressed or anxious. This, in turn, leads them to spend a considerable amount of time and money on trying to avoid or undo hair loss.

All this stress and worry is completely unnecessary. Although you may fear losing your hair, research has proven that you’ll appear more attractive, dominant, and masculine because of it. Instead of wasting your money on expensive treatments and worrying yourself sick, embrace the bald life. People might even find you more attractive because of it.

Hair loss and balding is something that affects millions of men worldwide. Although some may choose to rock a shaved or bald head, others may fear that it will make them look unattractive. Whatever your opinion on the topic may be, the facts don’t lie – bald men are sexier according to science.

Do you think that bald men and guys with shaved heads are more masculine and attractive? Share this article with your friends to find out what they think too.