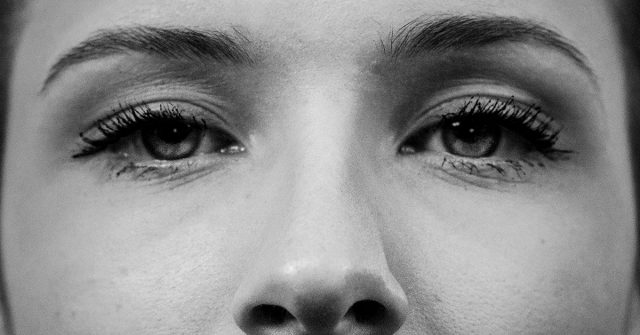 Manipulators come in many forms: partners, friends, family members, coworkers. Manipulators are psychological abusers who have a way with people. They are charming on the surface, but toxic deep down.

Manipulative people are also excellent at hiding their true intentions, which is why it’s important to know what they do to beguile you in their net of lies and manipulation:

Do you feel like someone is not listening to you when you have a conversation? Are they absent-minded and do they nod automatically? That disinterest is a sign that you are dealing with a manipulative person because they don’t care about what others have to say.

Regular conversations bore them, or just conversations when they are not in the spotlight. Even when they ask you a personal question – don’t be fooled; they do it to talk about themselves after you finish.

2. They make you feel guilty and twist your words.

Manipulators can’t accept being accused of anything. The problem is never them, it’s always others. If they are feeling sad or frustrated, they’ll pin the blame on you, but will never take responsibility. You will feel guilty even though you did nothing, but that’s how they make you feel like a terrible person and like you owe something to them.

If you say: You can’t be mad about that, it’s stupid, their answer will be: Oh, so, you think I’m stupid? They will drag you into guilt because they are subversive, so mind this – it happens often.

3. Their wants and needs come first.

Hey, want to catch a late movie or something?

Get dressed we are going to see a movie.

See how there is a difference between the two sentences? Manipulators’ desires and priorities come first and it doesn’t matter if you are tired, or working tomorrow, or short on cash.

4. They want to feel superior.

To get this feeling of superiority, manipulators might try to humiliate you.

They can say spiteful things and hurt your feelings by being sarcastic, by reminding you of an embarrassing situation that happened to you, or by pointing out your mistakes and poor decisions.

Truth is, we all have them, but they remind you of those to hurt you and make you uncomfortable in front of other people, and if you get mad, they’ll say something like: I was just joking, don’t be such a softy!

5. They are pros at guilt-tripping people.

Manipulative people are not ashamed to ask for favors whenever it pleases them. If you refuse because you are busy, they will instantly remind you of everything they’ve done for you and even might add that it was a mistake for them to rely on a person such as yourself.

This is when you start apologizing and overcompensating, which is what they wanted, so don’t fall for that.

6. Their favors are never free.

They help you out even when you didn’t ask to have leverage and control over you. They linger around, try to be sweet, helpful, and supportive, so when they ask for favors, you cannot refuse.

Also, they thrive on ultimatums. Say, you want to help them, but you are working or having a splitting headache.

Their response to that will be: I was there for you whenever you needed me, and yet, you cannot do the same. If you were really my friend, you would do what I am asking of you!

7. They like to play the victim and never apologize.

Manipulative and controlling people play the victim to veil their true nature. By pretending to be sweet, sympathetic, and naïve, they hide their toxicity because they know they will lose their twisted superiority if everybody knew they were evil and selfish.

Paradoxically, they never apologize since they never think they’ve done something wrong. I said I was sorry it’s their equivalent to an apology.

8. They are selfish, egoistic, and entitled.

They are self-centered and self-absorbed. They think only their problems matter and they can go on talking about themselves for hours.

Manipulative people think they deserve special treatment and if they don’t get it, they will either snap or get mad at you. It’s them: the never-ending controller with a pumped-up ego who cries like a baby if things don’t go according to their plan.

You rarely get to see glimpses of their true selves, so watch out for these signs and don’t hesitate to cut them out of your life. Their mind games will only drain your energy and happiness.