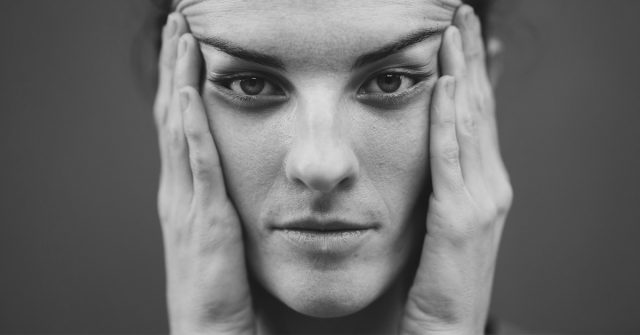 Gaslighting is a manipulation tactic used mainly by narcissists, psychopaths, and sociopaths for gaining power. It is an evil tactic that messes up with the victim’s mind and makes them question their own perception of things and even their sanity. The damage is done slowly, and the victim rarely realizes they are being gaslighted and abused. The abuse can be so severe that the victim might start thinking they are going crazy. Here’s how you can spot a gaslighter.

1. GASLIGHTERS DENY THEY SAID SOMETHING EVEN THOUGH YOU HAVE PROOF

They promised they would do something. You heard them say it. However, they deny they ever said it. So, you might start questioning yourself (Perhaps, they didn’t say it and it is all in my head?). And the more they manipulate you like this, the more unsure you’ll become, and you’ll start questioning your reality while accepting theirs.

You know they are lying when the lies are so obvious. Yet, somehow, they manage to tell you the lie while keeping a straight face. Why they do that? Because once they lie to you, you will no longer be sure in their words and that’s what they want – to confuse you and keep you on your toes.

3. GASLIGHTERS WEAR YOU DOWN OVER TIME

This is one of the scariest things about gaslighting – it is being done gradually, over time. Even the smartest, most brilliant people can get sucked into it. It’s like the “frog in the frying pan”: The frog doesn’t realize it’s being cooked because the heat is slowly turned up.

4. GASLIGHTERS USE WHAT YOU HOLD DEAR AS AMMUNITION

They know that your family and friends are very important to you, so they may plan their attack towards them. If you are very close to your mother, they will say that you should be ashamed of having a mother like her. Or if you have children, they will tell you they are a mistake because of the many negative traits of your personality. They will attack everything you love, including you, to shake the foundation of your very being.

5. GASLIGHTERS THROW IN POSITIVE REINFORCEMENT TO CONFUSE YOU

The gaslighter tells you you are not worthy, cuts you down, and then praises you for something. This adds to your confusion and uneasiness. One moment they leave you, and the next act as if nothing has happened. That is a very sneaky and calculated attempt to make you question your own reality.

6. THEIR ACTIONS NEVER MATCH THEIR WORDS

When you are dealing with a gaslighter, you can recognize them by looking at their actions instead of their words. Their words mean nothing. It is what they do that matters.

They are liars and cheaters, yet they accuse you of lying and cheating. They do this so often that you are catching yourself constantly having to defend yourself. Gaslighters do this deliberately to distract you from their own behavior.

8. GASLIGHTERS TELL YOU EVERYONE ELSE IS A LIAR

By telling you bad things about your friends, family, and the people around you, they will once again make you question yourself and your perception of things.

9. GASLIGHTERS TELL YOU AND OTHERS THAT YOU ARE CRAZY AND DELUSIONAL

This is perhaps one of the gaslighter’s most effective tools for manipulation. They know that if they put your sanity into question, other people won’t believe you when you tell them the gaslighter abuses you. And if they can convince you you are going crazy, then that’s their ultimate success.

10. GASLIGHTERS TRY TO TURN OTHERS AGAINST YOU

These people are masters of manipulation and subtle abuse. They want to be sure you will always be with them, and therefore they try to isolate you from everyone by turning other people against you. They may even tell you that your friends, family, or coworkers, said bad things about you and were badmouthing you. Of course, that might not be true. The gaslighter is the one who is the liar, remember. They do this because they don’t want you to have anyone you can turn to and so you will be forever stuck with them.

Have you been dealing with a gaslighter? How did you manage to get out of their trap? Feel free to share your experience with us in the comment section below.