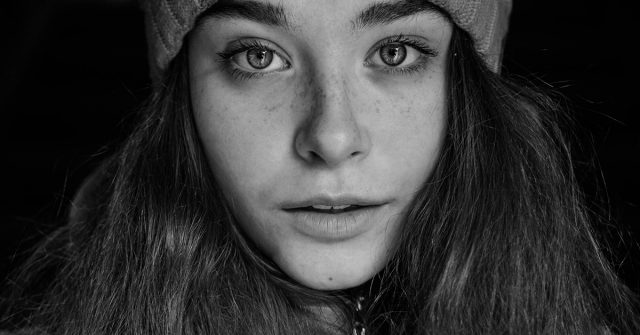 Some women just stand out more than others. Because of the fierce energy that they exude, people can’t help but pay attention to them. They’re black sheep among the crowd and they usually don’t even realize it.

These women often don’t even know that they’re doing anything out of the ordinary, or that people notice them more than others. In fact, you could be one of these women and not even know. If you think that you might be, here are 9 signs you’re a badass alpha woman who stands out from the crowd.

1. You’re Not Afraid to Speak Your Mind

When you have something to say, you’re going to say it. Unlike most people, you’re not worried that people will think badly of you for speaking your mind. Instead, when you have an opinion, you’ll willingly share it.

2. You Believe in Yourself

Like everyone, you have your strengths and weaknesses. The difference with you and others is that you know what they are and don’t let your weaknesses stand in your way. When you set your mind on something, you know that you’ll find a way to achieve it, no matter how difficult it may seem.

3. You Treat Others With Respect

Even if you don’t like someone, you’ll still treat them with common human decency. What you can’t stand most is seeing people be disrespectful for no reasons. Because of that, you will never let yourself do that to people.

4. And You Expect the Same Respect in Return

Since you know that everyone is worthy of respect, you know that you are too. When someone is rude to you, you won’t stand for it.

5. You Don’t Care About Getting Attention

You’re the kind of person who’s comfortable in their own skin. Because you understand your own worth, you don’t feel the need to have others validate you. When you see other’s fishing for attention you just can’t understand it because it’s something that you would never do.

6. You Wear Your Heart on Your Sleeve

Emotions are what make us human and you understand that. Although a lot of people tend to hide their true feelings for fear of looking weak, you do the opposite. When something has you feeling down, you aren’t afraid to talk about it.

7. You Forgive, But Don’t Forget

People make mistakes, even you. If someone wrongs you, you’ll forgive them if they show true remorse. Despite that though, you won’t forget about what they’ve done. That way, you’ll know that they don’t really mean “sorry” if they do the same thing to you again.

8. You Always Tell The Truth

Lies are for immature and insecure people with someone to hide. Since you’re always open about everything, you don’t feel the need to lie to people. It’s just a terrible habit that causes more trouble than it’s worth.

9. People Look to You for Advice

One of the biggest signs that you stand out from the crowd is when people look up to you. Others see you as someone that they can rely on who has it all figured out. Because of that, when they need to make important decisions, they’ll almost always come to you for help.

There’s no reason to try and fit in when you naturally stand out. Be proud of the fierce, strong woman that you are. The world is yours for the taking, so keep doing what you’re doing because you’re on the right track.

Share this article with the strong women that you know and let them know how amazing they really are.