A sociopath is a person whose personality disorder manifests itself in extreme antisocial behavior and lack of conscience.

They go through life without any feelings of remorse or guilt. They could walk into a person’s life, leave a mess, and walk away like nothing happened. They can destroy the life of anyone with whom they have close contact.

They are driven by power and attention. They need to feel superior more than they need air. They manipulate people and use them to satisfy their insatiable sociopathic needs.

What about arguing with a sociopath? It’s a lost battle that would only leave you drained and frustrated, so best is to just leave them to have their way and distance yourself from them. Because during an argument with a sociopath you can never win.

But, how could you know if you are arguing with one? Below are 5 behaviors that all sociopaths have in common that you mustn’t ignore in a person, so pay close attention.

They are the biggest ‘drama queens’ that you’d ever meet. Their behavior is so outrageous and abnormal that you feel repulsed by them without any reason. Their drama will eventually tire you and you will become desensitized to their words (even to things that would normally upset you). Their dramatic outbursts can cause you damage if you don’t back off from them in time.

Sociopaths are people who enjoy causing damage to others and turning people against each other (if it results in a fight, even better). A sociopath will try to turn you against people that are close to you. They would do that so subtly that you wouldn’t even realize it until it’s too late and they have distanced you from everyone that you love in your life. In this way, the sociopath keeps you in control and dependent on them. 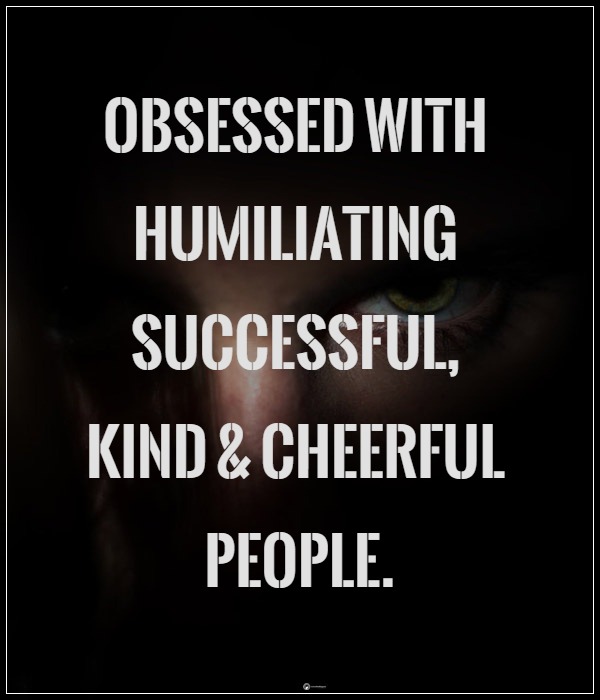 Sociopaths are pathological liars. They tell lies and they don’t even know why they are doing it. While you are confronting them about one lie, they have already told you 10 more. And they would always blame you for everything rather than focusing on their lies. You could never dissect all their lies and you shouldn’t try to do that. Best is to remove them from your life.

Sociopaths do or say things and then loudly deny them making you question yourself. This is a powerful manipulative technique that all sociopaths use. They make their victims doubt themselves, their perception, and even their sanity. This is the most dangerous technique because it can destroy your self-confidence leaving you powerless and fearful.

Sociopaths will do something intentionally to provoke you and when you react to their provocations, they will start blaming you for overreacting. They will say you are acting crazy and hysterical. They would make you feel like you are the problem because you are an ‘unstable lunatic.’ No, you are not. You just need to walk away from the sociopath that makes you feel that way.

Please make yourself a favor and walk away from a person like this. You can neither win with them nor you can make them change. The only person that will be hurt in the process is you. Don’t allow that to happen. Remove the sociopath from your life as soon as possible.

Have you met a sociopath? Have you tried to argue with them? What are your experiences? Share with us in the comment section.