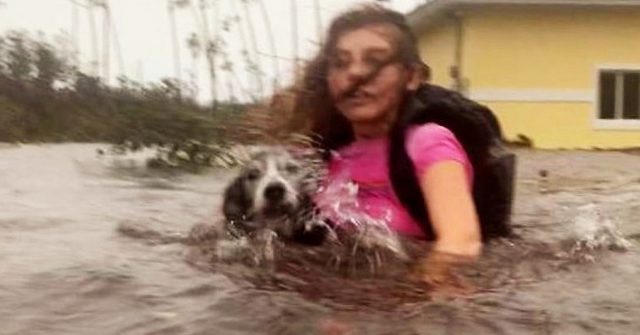 Chella Phillips is a woman who owns a shelter in the capital city of Nassau and she made a genuine act by helping some of the most vulnerable victims from the catastrophic Hurricane Dorian. She welcomed nearly 100 dogs into her house to save them from the disastrous storm.

She revealed that the situation in her home now is crazy, with the dogs defecating and urinating nonstop. However, the good thing is, they respect her bed and stay out from jumping on it.

The disastrous and deadly hurricane, now classified as a Category 3 storm, has caused terrible damage to the Caribbean country, especially in the Grand Bahama Island and in Abaco Islands.

Nassau was not hit so heavily, however, Phillips said that her home flooded after the heavy rainfall. “All services are down, all TVs are fried from the bolts of lightning so no more cartoons for the sick dogs until we can purchase new ones,” she wrote Monday on Facebook.

We are alright after a stressful night were we fooded bad inside the refuge, not even 3 pumps could contain the rain…

She is an animal lover and she runs her shelter “The Voiceless Dogs of Nassau” which is a shelter for abandoned and homeless dogs.

Finally, she said that the “saddest” part of the hurricane is that she couldn’t rescue any dogs from neighboring islands.