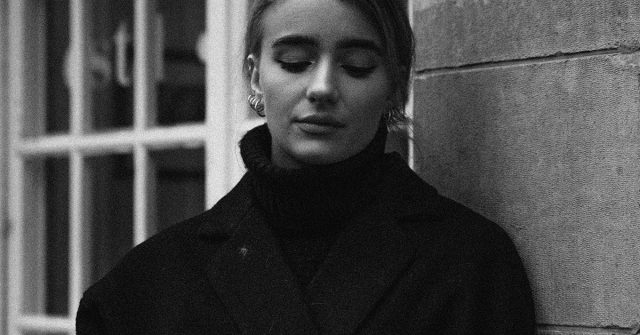 Alpha women are strong, smart, confident, and attractive and yet they end up in one disastrous relationship after another. They have trouble finding partners that will be able to deal with their confidence and strength.

So, why do these women have the worst love lives?

Well, in what follows, we’ve presented the 7 most important reasons for that:

Of course, they are! They’re smart, confident, and incredibly attractive – so why shouldn’t they be? This kind of woman knows what she wants in life and how to get it without depending on anyone’s help. She pursues her goals and dreams fearlessly and she wants her partner to be as confident and independent as she is.

So, guys who like to be dominant and controlling and who simply enjoy the feeling of being needed should know that they don’t stand a chance of being with this kind of woman.

Believe it or not, but some guys find smart, independent, and successful women pretty intimidating. Whether it’s the way these women talk or behave, there is something about them that leads these men to think that they are conceited and bitchy.

But they are not. This kind of woman is the master of her own life and she has high standards. And she certainly doesn’t think that “this is a man’s world.” So, guys who want to date women that they’d have power over and that would boost their ego can simply forget about ever dating such woman.

3. They call men out on their bullsh*t.

Smart and strong woman respect themselves enough to let some immature, fickle, selfish guy string them along or disrespect them. So, if they notice that their partner is playing games with them and taking advantage of their kindness, let alone trying to control or lie to them, they won’t think twice about calling him out on his BS.

With self-respecting women, one thing is always clear – if their partner tries to fool them or hurts their feelings, he is out of the game. Period.

4. They are picky because they are aware of their worth.

These women will never be in a relationship with someone just for the sake of it. They know what qualities they want their partner to possess and they’ll never settle for a man who is not worthy of their trust and love.

A guy that is independent, honest, confident, compassionate, supportive, and loving is the only kind of man they’ll accept. And men who don’t match these criteria, well, they don’t stand a chance with these smart, fierce women.

5. They have clear goals.

Finding a handsome guy on Tinder or getting married is certainly not the first thought that crosses the mind of a smart, confident, and motivated woman when she wakes up in the morning. And it’s not that she thinks that romantic relationships are completely irrelevant or useless.

She simply focuses her attention and energy on more important things than relationships, such as learning, pursuing her career goals and wildest dreams, traveling, and most importantly making herself better as a woman.

So, a man who has no goals and ambitions in life or who isn’t willing to give her time and space to pursue her own can only dream about being with her.

The older they get, the wiser they become. These women show emotional and intellectual maturity. They never rush when they have to make important decisions and they make sure they have everything under control. They act in accordance with their own principles and values and they don’t let anyone make them act otherwise.

These women are not interested in shallow, useless things, such as: small talk, gossiping, or worrying about what other people think of them. They know very well who they are and they don’t need anyone to shower them with compliments so as to feel accepted, desirable, or important.

It may not be easy for them to fall in love, but once they do, they love with every part of them. They love honestly. Deeply. Intensely. Fearlessly. Wholeheartedly. Unconditionally. They fully commit themselves to their man and the relationship. And only those men who are able to love in exactly these ways stand a chance of being loved and appreciated by these ladies.