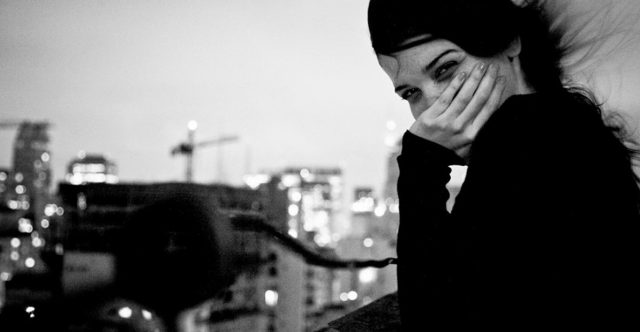 Relationships should be simple, and they are if you are with the right person. No one deserves to be in a relationship where they feel afraid to speak their mind, are dissatisfied emotionally or are being abused in any way.

If you are one of the many unfortunate souls who gave their heart and soul to a toxic partner and were brave to walk away from them, this is for you.

I want to tell you that walking away from them was the best decision that you’ve ever made. Letting go of someone who took so much from you without giving anything back in return is what everyone is supposed to do when they find themselves in this situation.

You were in a relationship with someone who made you feel worthless.

You lost your radiant smile and your contagious optimism and zest for life because you were with someone who didn’t want you to see you happy. Your smile was bothering them. They hate it.

Once they charmed you and lured you into falling for them, they knew they had you right where they wanted – in a vulnerable position where they could manipulate you and use you for their own personal gains.

They knew they had you hooked. They knew you wouldn’t leave because they made you feel so worthless and lower than them.

You were in a relationship with someone who has sworn time and time again that they would change, but they stayed the same (if not worse).

You constantly made excuses for them only to realize that they are nothing but a liar and a cheater. You were consciously ignoring all the red flags because you desperately wanted them to go back to the person they were when you first met them, but that was impossible.

You were in a relationship with someone who couldn’t love anyone, including themselves.

You were in a relationship with someone who was manipulating you and was toying with your emotions.

Any time they ignored your calls and texts and made you feel like somehow you deserved that – they were manipulating you to keep you on your toes. Any time you accused them of lying or cheating, they ended up blaming you. You were always the “crazy” one.

You were in a relationship with someone who was jealous of you.

Because of them, you stopped greeting people you know with a smile and avoided making eye contact with them because they were jealous of the fact that you knew so many people. They even made you feel guilty for being so friendly. Because of them, you dimmed your light and estranged yourself from friends and family.

You were in a relationship with someone who was putting others down to built themselves up.

But you were also in a relationship with someone who made you stronger.

Because when you walked away from them, you’ve reclaimed your power. You are now stronger than ever before because you survived the terrible relationship.

Now, you won’t tolerate anyone who puts you down.

In leaving them, you learned what true love really is and you also learned how to fall in love with yourself again.