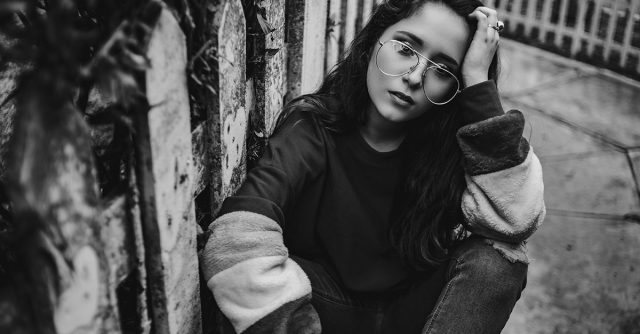 I know she’s a good friend. But, do you know what? She would have been an even better girlfriend if you had given her the chance.

You came into her life as the most welcome guest. She accepted you with every bit of her heart. She gave you her soul, body, and mind, and you threw all that away so easily and proudly. You tore her heart apart. You broke her.

All that she ever wanted from you was to love and respect her. Did she ask for too much? No, I find that hard to believe.

The day you stepped into her life, you changed it into something so beautiful and meaningful. You got under her skin.

She loved you to the core and wanted to make you feel like you’re the most loved and happiest person in the world.

She always treated you with respect and admiration. She often neglected and forgot about her needs, wishes, and problems so that she could take care of yours. You were her pride, her missing half, her guiding light. You were her all.

She opened up to you and let you touch parts of her that have never been exposed before. She undressed and threw her soul under your feet.

And what did you do? It was easier for you to trample on her pride and heart than to acknowledge her kindness and generosity. You fed her hopes with your fake, pleasant-sounding clichés. You convinced her to believe that she was the only woman in your life.

Maybe she was good for your ego, maybe to you, she was some kind of a trophy that you could brag about in front of your friends, or maybe you liked knowing that she would always be available to be there for you regardless of the time and situation.

Congratulations, man, you successfully managed to shatter her hopes and confidence into countless pieces. But, tell me: Does this really make you happy and content with yourself?

You know, the sad thing is that she never did anything to deserve your cruel treatment. She never deserved to put up with your bullsh*t. She was the kind of a person that was very easy to love, respect, and admire, but you never realized that or maybe you didn’t want to see it.

Oh, and I know. I know that many will say that she should have been stronger. That she should have stood up for herself and shown dignity. That maybe it was her fault for letting her “awesome” guy take advantage of her and emotionally abuse her. And that if she had shown resilience, courage and had more self-confidence, she wouldn’t have suffered. +*

But, it wasn’t that easy.

She knew deep down that things weren’t right. She knew her relationship was not what she signed up for. The little voice in her head was screaming to her: “Run! Run the fastest that you can and never look back!”

And people close to her also often said to her: “Don’t you see? He doesn’t love you. He doesn’t care about you. So, why should you care about him? Just pull yourself together and walk away!”

But, she couldn’t. She couldn’t let go of you. She fell into your toxic trap and let you have control over her mind. You got under her skin and could do to her heart whatever you wanted.

Is there anything worse than seeing a good girl falling in love with the wrong guy and then turning into someone else once she gets broken by that same guy who was supposed to love her?

It’s true after a heartbreak, we all change. But after getting broken, we change completely. Because the lessons you learn after you get broken stay carved into your mind forever. And you can never let go of that.

And this is exactly what happened to her. After you broke her, she changed. She became a completely different person from the one she was before she met you.

After you broke her:

She became a person who guards her heart.

It was you who broke it into tiny pieces, you remember that, right? At first, you promised that you’d always be there for her and protect her heart. And she believed you. But, very soon, you forgot about your promise.

You taught her that love can leave deep scars on her body and soul that will never be completely healed. As a result, she closed off in a protective mode.

Now she hides her heart within herself. She’s built thick walls around it and she doesn’t let anyone come near it. She’s afraid that her painful past can repeat itself again.

She became a person who doesn’t trust anyone.

She believed you were the loving, kind, unselfish person she fell in love with the first time she met you. But, it turned out that you were nothing else, but the evil itself in disguise. You were a vampire who sucked the happiness out of her.

Now, she thinks twice before she lets other people in her life. Now, she doubts everything that others tell her.

She turned into a person who knows how to fake their feelings.

Before she met you, she was the most honest person. She was never afraid to show her emotions openly, no matter if she was happy or sad. But, when you came into her life, you showed her what real suffering looked like and this devastated her hopes and spirit.

Because of that, she started feeling ashamed of her own thoughts and feelings. She didn’t want anyone to know how she felt and what she was going through.

Now, she can put on a smile on her face even when she’s crying inside. She’s learned to smile and walk proudly even when everything in her is breaking. She says she’s fine although a lot of things are weighing her down. She behaves carelessly even though she’s carrying a heavy burden on her shoulders.

Now, her face is bright although she lives in darkness.

Yeah, I know this can seem too unfair and even depressing, but this is what she turned into after you broke her.

She was never insecure or weak until she allowed you to make her that way.