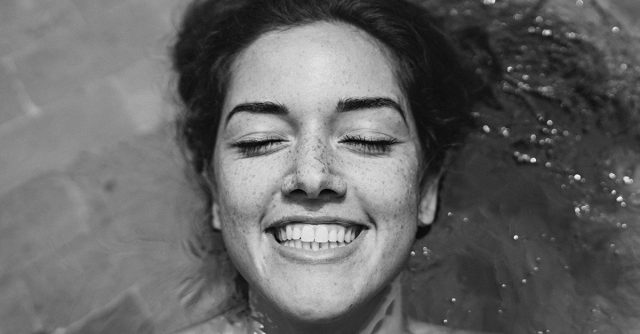 We’ve all heard the ancient wisdom about the power of our thoughts.

Buddha once said: “The mind is everything. What you think, you become. What you feel, you attract. What you imagine, you create.”

But, do we bother to practice it?

I believe not. Unfortunately, most people don’t believe that life is truly what we make it. Some of us enjoy living in the everlasting oblivion that we cannot change the fate.

It’s even more tragical how some people are certain that everything that has ever happened to them, as well as everything that’s about to happen, is already predestined in the skies, or was it the stars?

Anyhow, the truth is – We have the power to change our lives.

And positive thinking is just the way to do it. Since everything around is has a certain vibration, whether it’s low or high, we attract situations, people and things with a similar vibration to ours.

You may say that the certain low vibrations of your surroundings affect your well-being and use that fact as an excuse for your misfortunes, but, at the end of the day, whether you like or not, it all comes down to your response to them.

See, the high vibrations of love and happiness are much more powerful than the negative vibrations, but the low frequencies such as fear, envy or deceit are more common and more likely to attach to our being.

You know why? Because humans operate with “seeing/hearing is believing”.

They say “Oh, you couldn’t do that in a million years. I tried, and I failed. And, believe me, so will you. So, don’t even bother trying.”

And we’re stupid enough to believe them.

The thing is, we need to be completely aware of our line of thinking. We need to understand that with just a little bit of our willpower and faith in ourselves, we can move mountains. Heck, we can do anything we want to do.

Tell me, do you believe that you can entirely change your life if you wanted to?

Or, you feel that you’re stuck in the never-ending victimhood that your own mind created for yourself?

If you’re too afraid to raise your voice and speak your mind, if you’ve accepted the fact that you cannot change what happens to you, if you’re controlled by your boss, by your leaders, by society, by your taxes, you, my friend is directly responsible for your misery.

But it is time for things to change around here.

We need to become more aware of what we could achieve if we would only believe in ourselves.

Just think about some of the people whom you’ve admired all your life. It doesn’t matter if they were celebrities, talk host, tv showmen, actors, writers or innovators.

Some of the most influential and inspiring people nowadays were born into poor families and were forced to grew up in unfortunate circumstances. They struggled to make end’s meet, and some of them even struggled to survive.

But, despite all of it, they succeed and they’re right here at the top.

You know what helped them make that difference?

No, it wasn’t fame or rich family.

It was their willpower. They chose to believe in themselves. Most importantly, when everything else was too dark, they chose to stick to the positive line of thinking.

They chose to think in terms of I CAN, instead of I CAN’T. They chose to test their limits, challenge the odds and to seize all of the opportunities. They believed in themselves so much, that they pushed the limits until there was none.

They didn’t let failure be their obstacle. Instead, they used it as a stepping stone.

They didn’t allow other people’s insecurities to destroy their hopes. Instead, they chose to see a possibility in every aspect of life.

They didn’t allow to be intimidated by other people’s fears. Instead, they challenged themselves and dared to be the exception in the world.

The people who actually did what seemed impossible to be done.

But, you know what?

They have no superpower, nor they are more capable than you.

You can do it too.

You just have to realize the fact that your happiness depends on yourself only. It’s your reactions that determine your path in life.

Everything you desire is real. You just need to believe in yourself that you can do it, and then, you know, actually do everything in your power to get there.

Everything you find annoying in other people it’s a reflection of what you really are. You know what they say, we attract what we are and what we’re ready for.

So, until you change your vibration and your line of thinking, you won’t be able to notice any visible progress.

Remember, life is truly what we make it.

So, let’s make it wonderful!