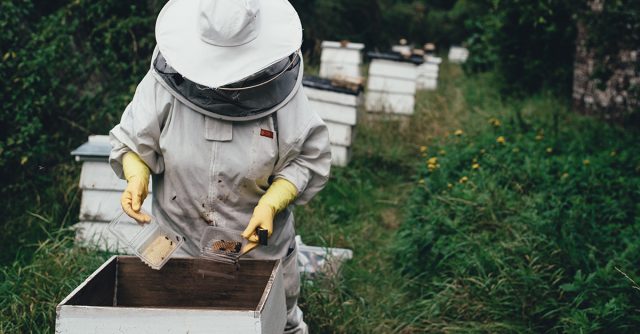 France became the first country in Europe to ban all five pesticides that are responsible for the killing of the bees. Last year, the country took a radical step towards protecting the most important chain of our ecosystem – the dwindling bee population.

The move to ban the five, harmful neonicotinoids was approved by environmentalists and beekeepers but frowned upon by cereal and sugar beet farmers who warn that this action could leave them helpless and desperate in protecting their crops from other, harmful insects that could be a serious threat to their yearly production.

By voting to ban the use of the three dangerous neonicotinoids clothianidin, imidacloprid and thiamethoxam in crop fields, France went further than European Union. Alongside these three, the country also banned thiacloprid and acetamiprid. This means that from December 19th, 2018, the usage of these harmful chemicals is banned not only outdoors, but also in greenhouses too.

For those of you who have never heard of these terms before, neonicotinoids are a class of insecticide chemically related to nicotine. They are known as chemicals that are most widely used to treat flowering crops, fruit trees, beets, and vineyards. They have a similar structure like nicotine, and they attack the central nervous system of insects.

This makes neonicotinoids extremely toxic to insects. What’s even more alarming is that studies have shown that neonicotinoids scramble the bees’ memory, their homing skills and on top of it all, cut the bees’ sperm count.

Recent research has also shown that bees can easily get dangerously addicted to this insecticide, just like smokers get addicted to nicotine.

However, regardless of the fact of how beneficial this initiative is for the bees, many people, especially farmers haven’t been so enthusiastic about this whole project. Some of them faced a technical dead end and asked for exemptions in sectors where there aren’t any other appropriate alternatives. Some even protested against it because there was not enough evidence that these nicotinoids are directly responsible for the bee decline.

The ban “will exacerbate unfair competition with European and non-European producers” still allowed to use the pesticides, they warned.

On the other side, there are some who believe that the ban should go even further.

“There are pesticides all over the place,” Fabien Van Hoecke, a beekeeper in Saint-Aloué in Brittany, who lost 86 percent of his bees over the winter. While the ban was “a good thing, it won’t save us,” he told AFP, predicting that as soon as they are withdrawn, they will be “replaced by others”.

We can only hope that the upcoming French food safety bill will be adopted and will widen the ban to all the chemicals that act in the same way as neonicotinoids.

This planet is our home. If we don’t take good care of it, who will?