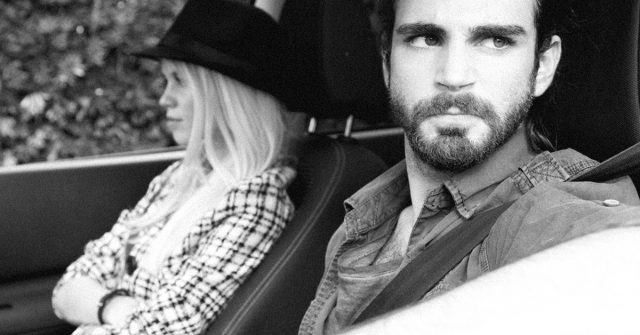 Dear men, I think it’s time you learned something very important about women.

When a woman fights with you, it means she loves you and cares about you. Women believe in the power of words. They speak the language of love.

When they speak, their words come from the depths of their heart. Their words are pure and honest.

A woman will never pretend she’s fine if she isn’t. She’ll never pretend things are going well between you if they aren’t. If you say or do something that can upset her and hurt her feelings, she’ll let you know.

Therefore don’t worry when she fights with you, worry when she goes silent. Because when she yells at you, this is a display of her love. It shows you mean to her.

Don’t worry when she gets overprotective and jealous. It’s not her intention to make herself appear clingy or hurt you. She’s just afraid of losing you.

Spending her life without you is her greatest fear.

Don’t worry when she sends you long text messages explaining to you why she’s angry.

Don’t worry when she knocks on your door in the middle of the night because you did something that made her angry or hurt her and now she’s come to talk to you about that and fix things between you.

Don’t worry because of all this – appreciate it instead. Appreciate her for being strong and brave to open up in front of you. For her determination to sort things out and keep your love alive.

Don’t fear her heated arguments and emotional outbursts or when you hear her cry at night because you did something that wrecked her world. These are just her emotions and these are her tears that she can’t hold back because she’s mad at the person who means the world to her.

Don’t worry when she fights with you because this means she’s fighting for you and wants to stay. Because fights are an inseparable part of any relationship. Because when you fight, you discover each other’s souls. You learn about the interests, the desires, and the attitudes of both of you.

Don’t worry when she fights with you because couples who don’t fight don’t have feelings for each other.

Is all this too confusing for you? Do you think it’s too much?

Now, let me tell you when you should worry.

Worry when she remains indifferent when she catches you flirting and talking with other women or when she finds some “suspicious” messages from another woman in your phone.

Worry when she sends you five-word messages or when she sees your missed call on her phone and doesn’t bother to call you right away.

Worry when she doesn’t call to ask when you’re going to come home when you stay out late with your friends.

Worry when she stops getting angry, reacting, and crying.

Worry when she acts cold when you say and do things that would upset and hurt her otherwise. When you annoy her and she stays calm. When you hurt her feelings and she smiles. Because this means she’s had it enough.

Worry when she no longer cares to fix things between you.

Worry when she goes silent. Because a woman’s silence is much more dangerous than her words.

Worry when she goes silent because it means she got tired of your lies, false promises, and indifference. She got tired of begging for your attention and love.

Worry because her silence is not temporary, but a sign that she’s given up on you and that she’s ready to leave you forever.

Worry because when she stops fighting with you, it means she’s stopped fighting for you.