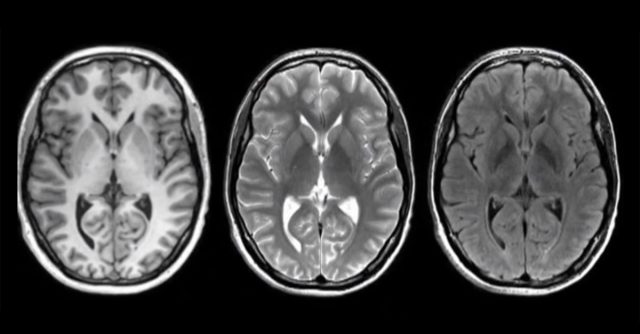 After many years of debating whether or not depression causes brain damage, researchers have finally found the answer and apparently – it does.

Neurologists had hypothesized that chronic depression is a result of a brain damage, and a study which was published in Molecular Psychiatry has proved it.

The study included 9,000 brain samples and it was conducted by the ENIGMA group. The researchers behind the study concluded that there is a link between brain damage and chronic depression.

The images from the magnetic resonance showed that the hippocampus was decreased in 1,728 of the patients that were previously diagnosed with severe depression as opposed to the rest 7,199 healthy participants.

The hippocampus is in the medial temporal lobe of the brain, and it is a small area which consists of two halves, each inhabiting a different hemisphere of the brain. Its main function is to form new memories, to create long-term memories, and to control the spatial navigation of the person.

And inside the hippocampus is the amygdala which is a part of the brain that was previously connected with depression. Past studies have found that there is a direct connection between depression and a shrinkage in the hippocampus.

How is the hippocampus related to depression?

In addition to its role in maintaining and creating memories, the hippocampus is also important in the process of controlling emotions.

“Your whole sense of self depends on continuously understanding who you are in the world – your state of memory is not about just knowing how to do Sudoku or remembering your password – it’s the whole concept we hold of ourselves,” explains Professor Ian Hickie, a co-author of the study.

“We’ve seen in a lot of other animal experiments that when you shrink the hippocampus, you don’t just change memory, you change all sorts of other behaviors associated with that – so shrinkage is associated with a loss of function,” he continues.

So, those individuals who suffer from chronic depression often lack confidence and have a low self-esteem. They are also susceptible to have a deflated ego which further worsens their sense of self.

What can you do to change your outlook on life?

If you are suffering from depression, the most important thing that you need to do is to accept the fact that what your deluded thoughts are telling you is not real. They are only thoughts.

You need to get in touch with yourself and focus entirely on the present moment. Meditation and yoga could do wonders for you.

Also, try to surround yourself with optimistic and positive people as much as you can. Because sometimes, the depressed person cannot see by themselves the light at the end of the tunnel, so those around you can help them to see it and find their lost hope.