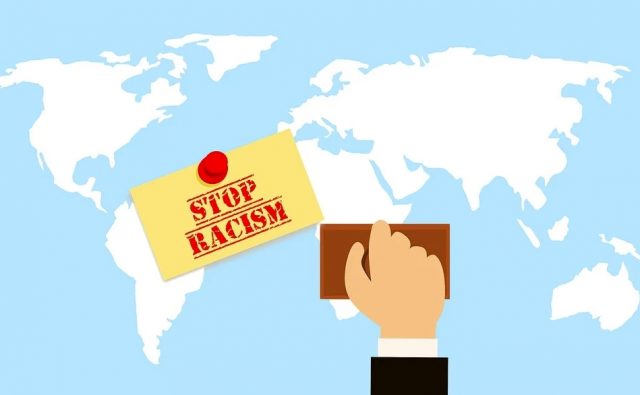 According to a recent survey, about 84% of black adults said that they felt they weren’t treated as fairly as white people by the police.

Minorities deal with racism everywhere and all the time. If no one stands up to racism, it will just be allowed to spread through the next generations.

It is a sad truth that racism exists in the world and dealing with racism is not easy. Here is a list of five ways to respond to racism.

This can be difficult, especially if you feel really passionate about the argument. However, if you just start yelling at them, they’re just going to feel attacked and won’t want to listen to what you have to say.

If you are upset, try to frame it as a problem you have, not them. For example, say something like, “I feel upset that you think that way” or something else.

If you do see someone being racist, you should stand up to them. If it’s safe, you should also try and intervene as well. If you need help, ask other people who witness the incident for help.

You may not even need to intervene though. Simply recording them with your phone or letting them know that you’re watching them could be enough to deter them.

However, don’t do anything that might make the situation worse.

To learn more about how to handle racism, you should read more here.

If you’re arguing with someone, and they try to argue for racism, you can always ask them to clarify what they’re saying.

If you ask them that, they may have to think of a different way to state their argument and may realize for themselves that they were being racist.

You want to better understand their position as much as possible to make it easier for you to provide a counterargument.

Many people don’t realize that they were being racist, and you can take this opportunity to educate them on any biases they may have.

When you educate them, don’t make it condescending. Explain it to them in an understanding manner.

Lastly, make sure that you’re always kind. Fighting fire with fire never works. If you’re hostile toward them, they have even more reason to hold onto their racist beliefs, and nothing will ever change.

Never call people hateful names or phrases, and always remember that they’re a person too. They may not have meant to be racist, but they may have never had their eyes opened to the fact that they were.

Discover More About What to Do When Dealing With Racism

These are only a few things to do when dealing with racism, but there are many more ways to handle it.

Keep in mind that you’re not going to always be able to change or persuade everyone, but that doesn’t mean you can’t try.

If you enjoyed this article, make sure that you explore our website to find more just like this one!