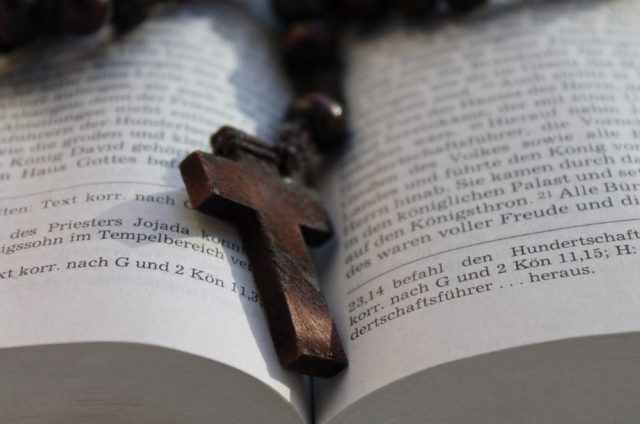 What does the Bible say about racism?

For centuries, verses in the Bible have been used to promote racist ideologies. But does the Bible condone racism, or have people been twisting its words?

Here we’ll take a look at what the Bible really says.

Prejudice in the Bible

There’s no doubt that interracial tension and slavery are present throughout the Bible. Abraham, the “Father of Many”, owned slaves. We see Moses cut down an Egyptian in cold blood.

These people were revered and protected by God. So, does that mean the Bible supports racism and prejudice?

In Deuteronomy chapter 7, the Israelites are being told about the new land they are “entering to possess.” In this land are “many nations” who they are forbidden from intermingling with. If they disobey, “the Lord’s anger will burn against” them.

This example stems less from race and more from differences in religious belief. However, it can still perpetuate prejudiced thought. The passage goes on to say that the Lord “has chosen [Israel] out of all the peoples… to be His chosen people.”

In Exodus chapter 7, God brings down multiple hardships on the people of Egypt, particularly the Pharaoh. He does this so that the Israelites will be released from the hard slavery they have been subjected to in Egypt.

However, God also serves to “harden Pharaoh’s heart.” So, despite the plagues that befall him, Pharaoh will not let the Israelites go.

This is a challenging passage. It shows God using his power in the good interest of one people group at the expense of another.

Slavery is present throughout the Bible. As mentioned before, Abraham had slaves. He even slept with one of his slaves to try and fulfill a promise made by God.

The Israelites had servants, too. Even in Jesus’s time, owning slaves or having servants was commonplace.

These passages, among many others, have been referenced in support of prejudiced behavior. Prejudiced individuals latch onto specific verses as a means of justifying their beliefs. But are they right or wrong?

The Root of Racism

Racism stems from a belief that one’s race is superior to another’s. This kind of thinking can be rooted in a few different things.

Inherent in pride is a lack of humility. When someone is in the grip of pride, they are unwilling to put themselves beneath anyone else.

When a group of individuals comes together under this belief, that’s when racist thought and behavior can snowball into violence. Pride can ignite like a fire, especially when groups are acting under mob mentality.

Prideful people often lack the ability to be humble and lean on others for support. So perhaps of the roots of pride is fear—a fear that one must take care of oneself at all costs.

Fear may be another root of racism. Fear of an unknown “other” may cause people to feel like they must protect their own.

Skewed news reports can paint certain people groups in a negative light. This then perpetuates fear among members of other groups.

Fear can cause people to withdraw, attack, and dismiss. People can develop fears about certain people who are different than them. They become afraid to interact with those people.

Eventually, their fear can bloom into prejudice.

Fear, when mixed with pride, can also lead to racism. Members of one group may be proud of their status as a majority, or perhaps as people with certain long-held traditions. They may end up fearing that, by letting in members of another group, they could lose their status or traditions.

These fears are usually manifested out of a rational place. There’s nothing wrong with wanting to hold onto traditions (as long as they’re healthy) or wanting to maintain a hard-earned status. But those desires can be held at the expense of someone else’s well-being or inclusion, and that’s when problems start to arise.

Another potential root of racism and prejudice is anger. When anger morphs into hatred for a particular group, racism and violence can surge. Often at the root of anger is shame, grief, fear, or self-loathing.

When the true reason behind anger is not expressed or understood, it can be projected onto others. Instead of someone realizing that they’re angry at themselves, they may project that anger and assume they’re upset with someone else. It’s not an uncommon problem, and can easily balloon into prejudice.

What Does the Bible Say About Racism?

You can read more here if you’d like to learn about the themes in the Bible. When you read it in full, the most common theme that comes across is not prejudice, but love.

Over 25 verses in the book of Proverbs alone relay the importance of humility. Chapter 11, verse 2 says, “When pride comes, then comes disgrace, but with humility comes wisdom.”

Similarly, King David wrote about pride in the Psalms. He said, “The Lord preserves those who are true to him, but the proud he pays back in full.”

Pride is not a trait or behavior that is glorified in the Bible. Those with prideful hearts are encouraged to humble themselves.

“Do not be afraid” is one of the most repeated phrases in the Bible. God says it to Moses when he encounters the burning bush, and Isaiah reminds God’s people of it in his prophecies. Jesus tells his followers not to fear when they’re boat is being overtaken by a storm.

In place of fear, the Bible constantly invites people to put their trust in God. It’s similar to a child trusting their parent as they cross the street together. The child does not fear oncoming traffic, because they trust that their parent is safely guiding them.

One of the most familiar Bible verses about anger comes from one of Paul’s letters. He writes, “Do not let the sun go down while you are still angry, and do not give the devil a foothold.”

Up to You to Decide

Pride, fear, and anger are all discouraged throughout the Bible. This matters because racism can be rooted in these three behaviors. It’s ultimately up to you to uncover for yourself the answer to the question: what does the Bible say about racism?

Even so, many would agree that the entire theme of the work can be summed up in one statement by Jesus. A man asks him what the most important commandment is.

Jesus replies: “The most important one is this: …Love the Lord with all your heart and soul and mind and strength. The second is this: Love your neighbor as yourself. There is no commandment greater than these.”

If you’d like to learn more about what the Bible says, as well as other topics like psychology, spiritualism, and relationships, check out the rest of our site.