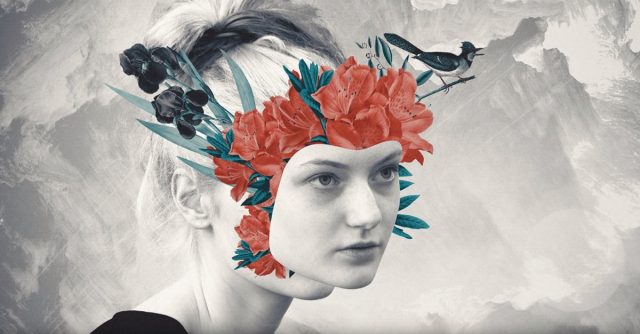 Possessing a creative mind and a colorful, vigorous imagination may help you open the gates to every possible dimension in this universe.

But did you know that it also gives you a natural predisposition to schizophrenia?

It’s no wonder that Tesla had an unusual fondness to pigeons because according to a recent, massive and trending study that was originally published in The British Journal of Psychiatry, the link between being a creative genius and a potential mental disorder sufferer is very prominent one.

Everyone knows that thinking outside of the box and usual mind-wandering is the hallmark of creativity.

A creative and highly aware individual is a person who tends to be more open to new experiences, someone who cultivates a more graphic perspective of the world.

A genius who perceives their surroundings through a much more colorful lens.

However, researchers discovered that bipolar disorder, depression, and schizophrenia are illnesses that are likely to develop in people who have an interest or a degree in artistic subjects.

“But that’s similar to how delusions work – for example, seeing a connection between the color of someone’s clothes and being part of an MI5 conspiracy.”

The massive study was conducted on the entire Swedish population, and according to the research on the population’s medical and educational records, it was discovered that people who have studied subjects like music, drama or art in college have more psychiatric conditions than others.

Researchers looked at the college degrees of those who participated in the study. People who studied acting, creative writing, performing arts at university had surprisingly increased odds of developing schizophrenia.

In fact, these individuals had 90% higher chance than their regular classmates of ever being diagnosed with schizophrenia.

Moreover, the results further suggested that creative people are also 62% more likely to be eventually hospitalized for bipolar disorder and 39% of the creative genius are likely to develop depression.

However, even though the findings are pretty convincing, this certainly doesn’t mean that 9 out of 10 creative people have schizophrenia.

There are a lot of important facts that need to be taken into consideration before making that generalization.

Using a person’s degree as an indicator of schizophrenia isn’t scientifically accurate seeing that there are thousands of creative people who haven’t pursued an art degree.

Also, at the same time, pursuing a career in arts is definitely not a trigger for developing schizophrenia.

Creativity can’t be the main cause of schizophrenia, but there still a lot of studies that point out a certain important connection between these two.

So, regardless of the current findings, a deeper and more thorough research on this matter is needed.

It is possible that the genetics of these so-called creative geniuses have the power to influence their mental health, or it is because these people tend to dedicate their lives and their work on contemplating and thinking out of the simple box.

Either way, this is definitely an incredibly interesting and thought-provoking matter.

What do you think?