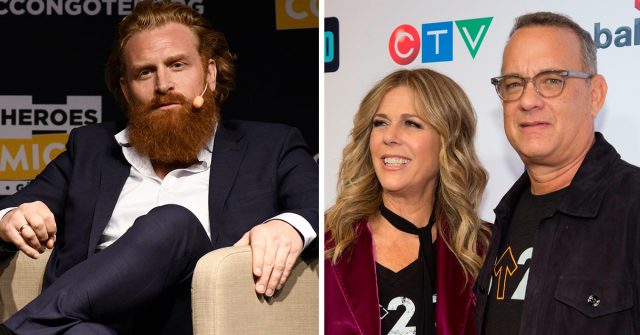 The Coronavirus pandemic has officially affected 177 countries and territories. The number of people across the world who have died from the Coronavirus has surpassed a total of 9,389. As of today, there have been 230,474 people infected worldwide out of which 134,829 are active cases and 86,256 are recovered patients.

Tom Hanks and Rita Wilson have been the first celebrities that have tested positive for Coronavirus. One week ago Tom shared the news saying that he and his wife got infected during their work in Australia. They had been immediately isolated in an Australian hospital. The couple shared on social media that they’ve been released in self-quarantine and that they’re feeling better. 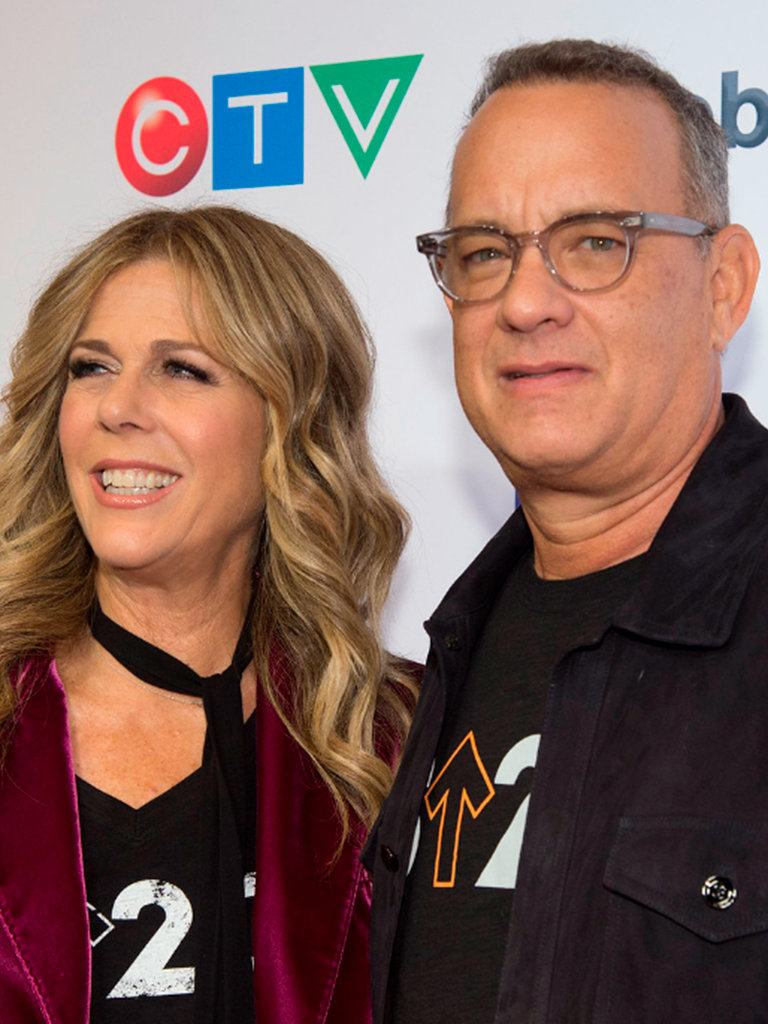 But they’re not the only one out there. There are plenty of celebrities and politicians who have tested positive for Coronavirus.

Here is the current number of public figures that shared their health status on social media:

Luis Sepulveda: The best-selling Chilean writer, who lives in northern Spain, also said he was infected. Reports say he showed symptoms of the coronavirus in February after he returned from a literary festival in Portugal.

Idris Elba: The British actor and musician said he has tested positive for COVID-19 on March 16 in a video posted on Twitter, and that although he had no symptoms so far he was isolating himself from others. 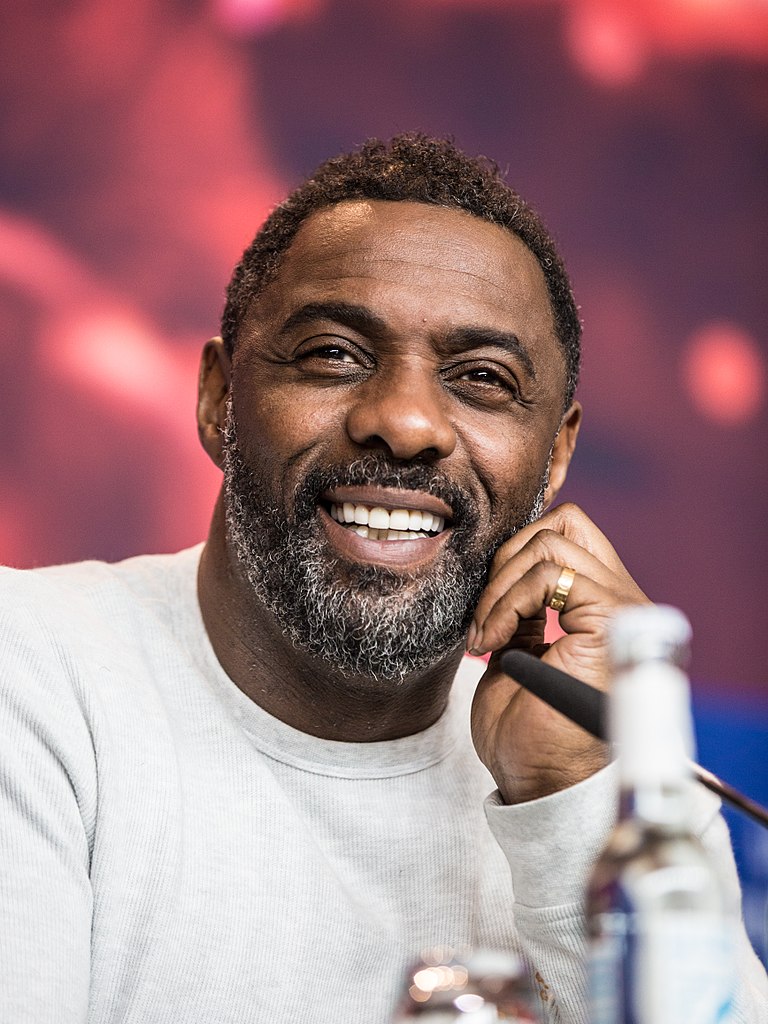 Kristofer Hivju: The 41-year-old Game of Thrones actor, who played the role of Tormund, has tested positive for the new coronavirus on March 17. Known for his fiery red hair and beard, he said and his family were in self-isolation at home in Norway. 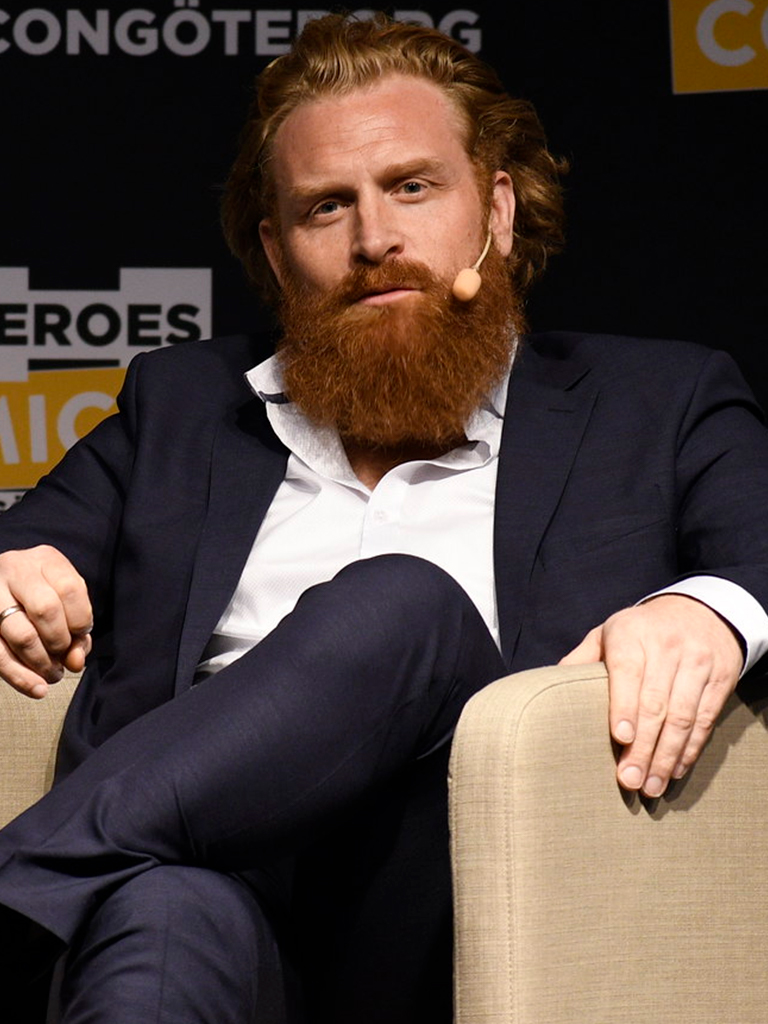 Manu Dibango: On Wednesday, the 86-year-old Afro jazz star was admitted to a French hospital suffering from the coronavirus, his official Facebook page said, adding he was resting well and calmly recovering”.

Prince Albert: Monaco’s Prince Albert II has tested positive for the novel coronavirus, the principality said in a statement on Thursday, adding there were “no concerns for his health”. The titular head of the Mediterranean enclave is continuing to work from his private apartments at the royal palace, the statement said.

Michel Barnier: EU chief Brexit negotiator said in a tweet that he has tested positive for the virus.

Bento Albuquerque: Brazil’s President Jair Bolsonaro said on Wednesday that Mines and Energy Minister Bento Albuquerque has tested positive for coronavirus – the second cabinet member to be infected in the country.

Augusto Heleno: Brazil’s national security advisor said on March 18 on his Twitter account that he has tested positive for coronavirus, though he did not have any symptoms. Heleno, 72, a retired army general and one of Bolsonaro’s closest aides, said he is currently under quarantine at his home while waiting for a second-test confirmation.

Jeremy Issacharoff: Israel’s ambassador to Germany has tested positive for the coronavirus, the Israeli Foreign Ministry said in a statement March 17. The Israeli diplomat at the embassy in Berlin was reported to have contracted the virus, following a meeting with a deputy from the Federal Assembly of Germany, whose name was not mentioned.

Friedrich Merz: The 64-year-old politician, who has been campaigning to lead Germany’s Christian Democratic Union (CDU) at a congress planned for this year, said on Twitter on March 17 that he tested positive for coronavirus and was under self-quarantine at home.

Nadine Dorries: A minister in the United Kingdom’s health department was the first British politician to test positive on March 10.

Peter Dutton: The Australian home affairs minister is under quarantine in hospital after contracting the virus.

Massoumeh Ebtekar: The Iranian vice president is the country’s top government official to be infected by the virus, which has also affected several senior officials in the country. Iraj Harirchi, Iran’s deputy health minister, is also stricken. Iran is the epicentre of the coronavirus outbreak in the Middle East.

Sophie Gregoire Trudeau: On March 12, the wife of Canadian prime minister Justin Trudeau tested positive for COVID-19 following a trip to the United Kingdom. Gregoire Trudeau said she planned to remain in isolation for the next two weeks, together with her husband. Her symptoms have been described as mild. 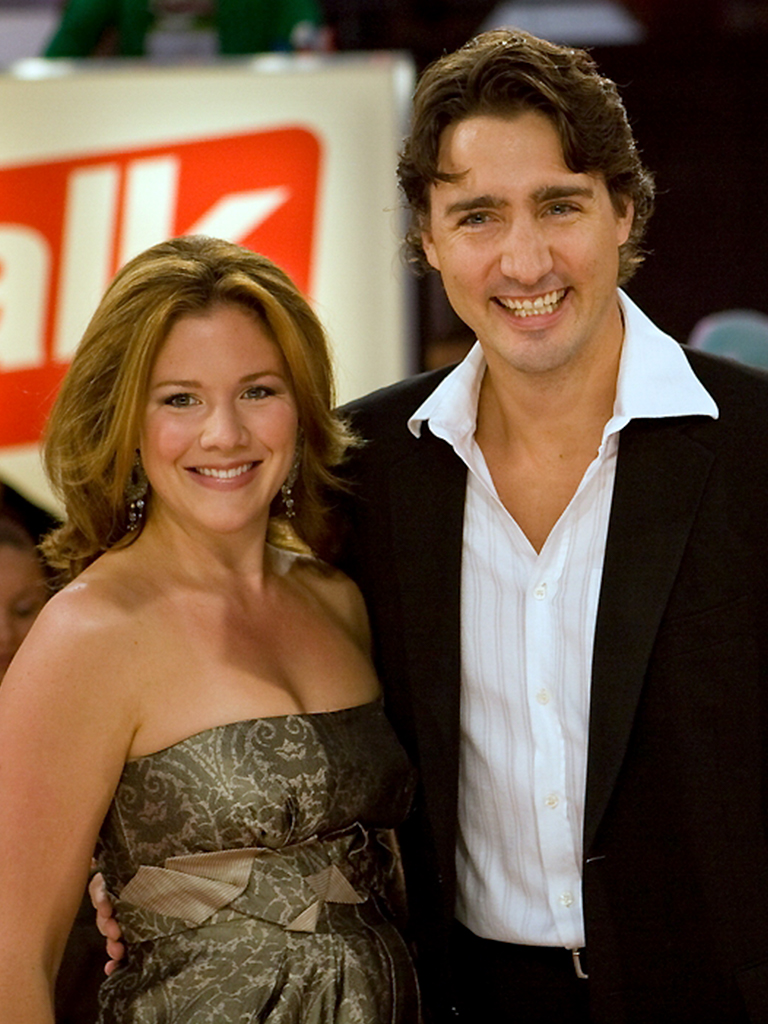 Begona Gomez: Spanish Prime Minister Pedro Sanchez’s wife tested positive, officials in his office said late on Saturday. While Begona Gomez tested positive, the health of both she and the prime minister was fine, the officials said. Spain said it would place the entire country under lockdown as the number of diagnosed cases exceeded 6,000.

Quim Torra: The local leader of Spain’s Catalonia region said on March 16 that he had tested positive for the coronavirus and that he was going into self-isolation in a government building.

Pere Aragones: The Catalan deputy head of government announced on March 15 that he had also tested positive for coronavirus.

Irene Montero: The Spanish minister tested positive on March 15 and has been put under quarantine along with her partner, Deputy Prime Minister Pablo Iglesias. 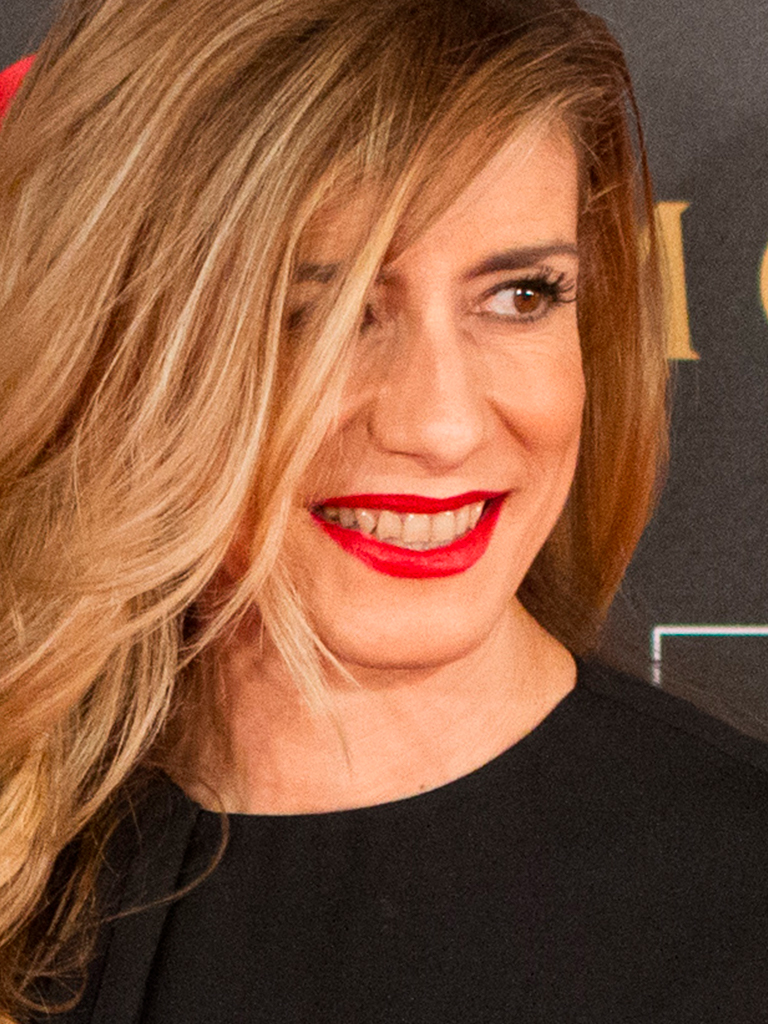 Franck Riester: Earlier this week, the French culture minister said he was staying at his home in Paris after contracting the virus. France has also imposed a partial lockdown to check the spread of COVID-19.

Francis Suarez: In the United States, Miami city’s mayor confirmed, on March 13, that he has contracted COVID-19.

Fabio Wajngarten: The press secretary for Brazilian President Jair Bolsonaro tested positive after he returned from a US trip where he met, among others, US President Donald Trump, who later tested negative for the virus.

Michal Wos: Poland’s environment minister has tested positive for coronavirus, he said in a tweet on March 16.

Ottawa Senators: An unidentified Ottawa Senators player has tested positive for the new coronavirus, the first known case in North America’s National Hockey League. The Senators said the player has mild symptoms and is in isolation, and that they were notifying anyone who had close contact with him.

Deportivo Alaves: The Spanish football club confirmed a total of 15 positive coronavirus cases, including three players from the first team squad and seven members of the coaching staff. None of those affected have displayed any symptoms, the La Liga side said in a statement on March 18.

Blaise Matuidi: The Juventus and France midfielder has tested positive for the coronavirus, the Turin-based Serie A club said in a statement on March 17. Juve said Matuidi, a World Cup winner with France in 2018, was in self-isolation at home and not showing any symptoms.

Mikel Arteta: On March 12, the 37-year-old Arsenal manager was the first in England’s football Premier League to be diagnosed with the coronavirus.

Callum Hudson-Odoi: On the same day, the 19-year-old Chelsea winger also said he was infected.

Paulo Dybala: The Italy-based Argentinian footballer announced his diagnosis on Friday. Italy is the worst-hit country after China by the pandemic, which has killed more than 1,800 people in the Mediterranean nation.

Rudy Gobert: The NBA Utah Jazz basketball star triggered criticism after he was seen carelessly touching microphones and voice recorders at a media event on March 9 after he was diagnosed with the virus. 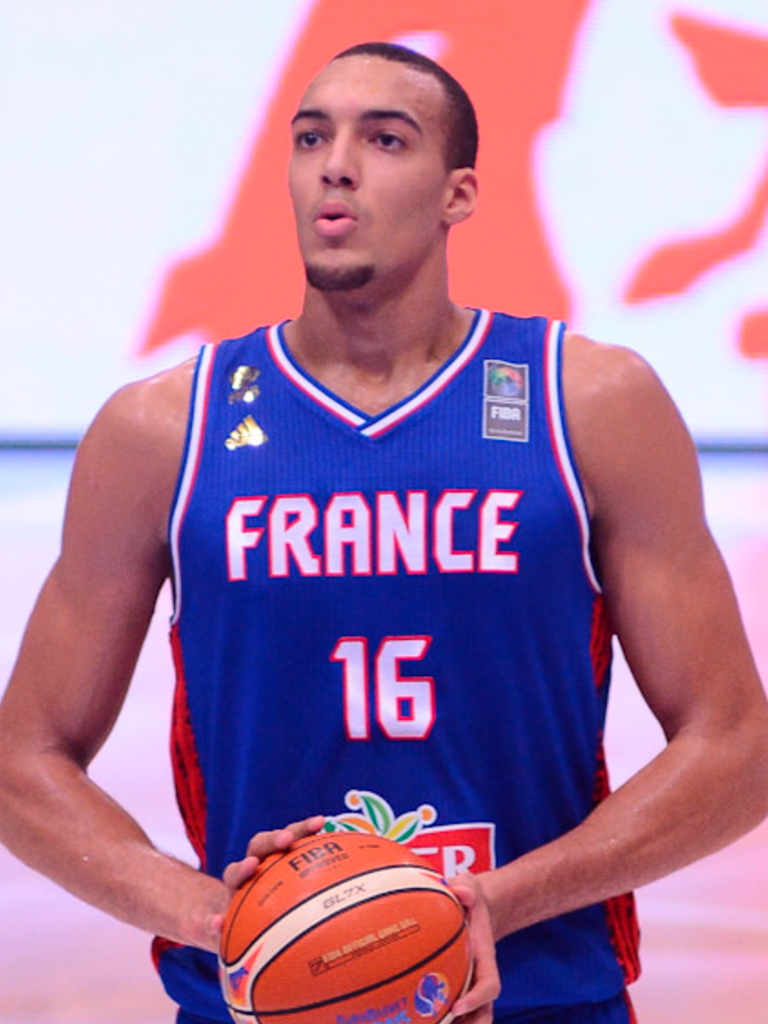 Christian Wood: Detroit Piston’s forward is “under the care of team medical staff and in self-isolation” since testing positive, the NBA team said on March 15.

Fernando Gaviria: The Colombian cyclist confirmed on March 12 that he contracted coronavirus while racing during an event in the United Arab Emirates, and was admitted to a hospital in the Gulf nation.

Dmitry Strakhov: He was the second cyclist at the UAE Tour to have been diagnosed with the virus on the same day.

Sampdoria: Five footballers from the Italian club have tested positive, along with the team’s doctor.

Dusan Vlahovic: The Serbian striker for Fiorentina, another Serie A club, is also infected.