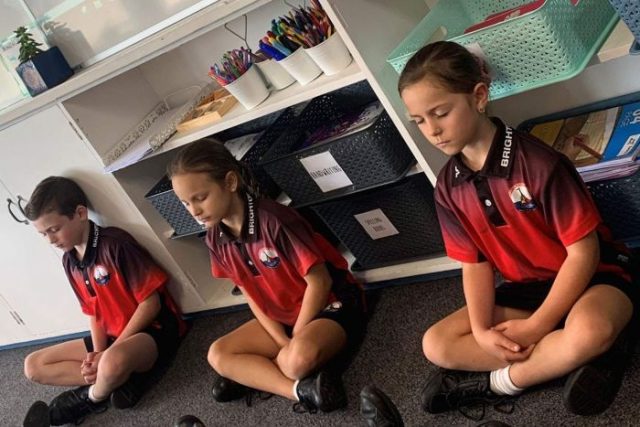 Self-worth is something that a lot of us struggle with. We can so easily lose confidence in ourselves and put ourselves down. Even the most confident people in the world can often feel like they’re not good enough. All anyone really wants is to feel a bit better about themselves but achieving that can be daunting.

It turns out that you don’t need to go on a great big journey of self-discovery to feel like you’re worth more. A recent study has proven that yoga and meditation boost self-confidence.

This new study was carried out by the University of Southampton. They took 93 students and had them regularly participate in a yoga class for 15 weeks. During this time, they monitored their sense of self-enhancement by asking them to rate themselves compared to the average yoga student in their class.

After this question, the researchers gave the students a survey which assesses narcissistic tendencies. The final test that they were given was a self-esteem scale where the students had to rate how high they felt that their self-esteem was at the time.

Through these questions and surveys, the researchers behind this study were able to successfully monitor the self-esteem of the participants. The researchers compared the results from when they hadn’t done yoga for a day and right after they had done yoga. They found that their sense of self-enhancement was much higher in the hour after they had finished their yoga class.

A second study followed 162 people who frequently practiced meditation. The researchers asked them similar questions and gave similar surveys to those of the yoga group. What they found was that this group also had a raised sense of self-enhancement, just like the results of the yoga study.

The researchers also found that also had a raised level of satisfaction with personal growth, positive relationships, and self-acceptance. This result suggests that self-enhancement can give people a more positive view of the world.

Doesn’t This Go Against the Teachings of Meditation?

Yoga and meditation have strong roots in Buddhism. The central goal of both of these practices and the teachings of Buddhism is to quiet the ego. This suggests that perhaps yoga and meditation don’t actually do what they say they will.

The researchers behind the study have also suggested that there’s a chance that the participants weren’t practicing yoga correctly. Instead of focusing on selflessness, as Buddhism teaches, many of them may have been focusing on self-improvement instead.

Although their findings weren’t what they expected, it’s important that we note that they weren’t focused on studying Buddhist teachings. They were studying the effects of yoga and meditation as people practice them today.

For those of us struggling to accept ourselves, yoga and meditation may be the way to go. By practicing these things regularly, you can raise your self-esteem and sense of self-enhancement considerably. If that’s not your goal, well then maybe focus on the Buddhist approach.

Do you practice yoga or meditation? If so, share your experiences with us. Let us know if you think that your self-confidence is higher because of these practices.