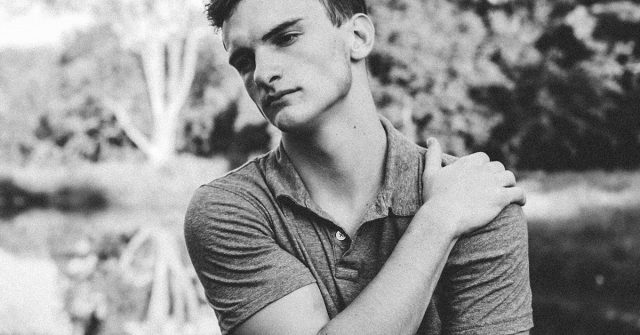 It’s often said that men are mysterious when it comes to expressing their feelings. But, I sincerely believe they’re plain.  Men can love as strong as women can.

Actions speak louder than words sounds like a cliché, but when it comes to men expressing their feelings, this really makes sense. Maybe saying “I love you” is sometimes hard for a guy to blurt out. Maybe he’s holding off on saying it because of the wounds that he’s still healing from a past relationship or he’s cautious about telling you how he really feels because he’s not sure if you feel the same way about him.

However, when a man truly falls in love, he’ll act in certain ways. He won’t be afraid to show to his lady how much he loves her. He won’t overthink. He won’t hesitate to show how immensely grateful he is that she’s a part of his life.

Men are different and each of them expresses his love and affection in his own ways. One thing’s for sure, though, when a man finds his true, once-in-a-lifetime kind of love, he behaves in the following 8 ways:

1. He sacrifices for you.

When a man is with his true love, he’ll always be willing to make a sacrifice for her. Her happiness, needs, and wishes will be his top priority. If you’re going through a tough period or feel sad, he’ll change his plans or skip a day at work just to be there for you and support you.

He’ll be prepared to do even the most unimaginable things if he knows that in this way he’ll disperse all your problems and fears. He’ll even be ready to sacrifice his happiness for yours because even the single thought of you being unhappy breaks his heart.

2. He’s not afraid or ashamed to show that he’s vulnerable.

People tend to think that vulnerability is an indicator of weakness and showing signs of it can be challenging to most men. Yet, when a man finds his true love, he won’t withhold his feelings or feel embarrassed to show that he’s jealous or hurt.

He won’t hesitate to apologize to you or show he’s sad when you’re sad. He won’t be ashamed to admit he’s afraid of losing you.

3. He listens to you attentively.

When a man finds his true love, he’ll put in a great deal of effort to pay close attention to what his woman is saying. You’ll never have to wonder whether he’s really listening to you or he’s pretending to do so and just nods his head.

He’ll find meaning in all your words, even if you’re just talking about an episode of your favorite sitcom because you’re the most important person in his life. Moreover, you’ll be surprised to see how well he remembers the information and details you share with him about you, your friends or your family.

A clear sign that he’s truly fallen in love with you is that he loves and accepts you for who you are and is proud of you. He’s proud of your achievements and successes on both personal and professional level.

He believes in your ability to fulfill all your goals and dreams. Moreover, he’ll embrace your faults and weaknesses, and he’ll never try to change you.

He won’t envy your success, but he’ll be glad about it and further encourage you to be more successful. He’ll never be afraid to show the world how awesome his woman is.

5. He fights for and protects you.

When a man is deeply in love with you, he’ll do whatever it takes to protect you. He won’t be afraid to put his body, mind, or heart at risk to make you feel safe and protected. He won’t let anything and anyone hurt you.

He’ll be there to hold your hand when you’re down in the dumps or ill. He’ll help you overcome all your insecurities and fears. He’ll stop at nothing to restore your inner peace and happiness. By taking care of you, he’ll also protect and strengthen your relationship. He’ll be your guardian angel.

6. And he fights with you too.

When a man truly loves you and is emotionally invested in the relationship, his greatest fear and nightmare is losing you. To prevent this from happening, he’ll do anything in his power, including starting a little fight with you.

Yet, make sure you don’t understand this as a physical and violent form of fight. Fighting is an unpleasant and even painful thing which is a part of any relationship. But, it’ also an obvious sign that he cares about you and doesn’t want to lose you.

7. He respects your family and friends.

Getting to know and respecting as well your family and friends will never be a burden to him. People who occupy a significant place in your heart will be important to him too.

He’ll be willing to meet your strict parents and protective brother just to get closer to you and to show you that he does care about your loved ones.

We all put a lot of effort into looking our best during our early dates because we want to impress the other person. Yet, when you’re his true love, you won’t have to worry about that because he’ll find you beautiful even when you’re having a bad day.

You can spend the whole day in your PJs, wear the worst clothing color combination, or have a bad hair day, to him, you’ll still be that cute, irresistible girl he fell in love with the day he saw you.