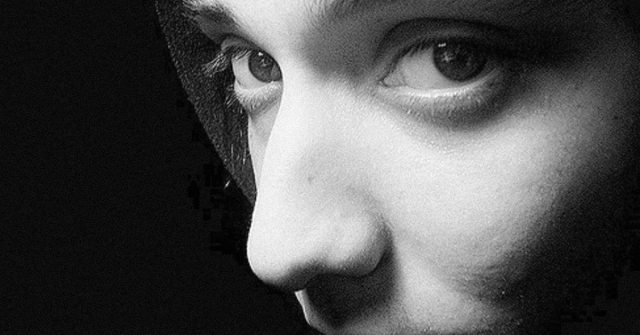 Let’s be honest. Everyone lies from time to time. Whether it’s to prevent someone from getting hurt or just needlessly getting stressed out and worried or to make someone feel better, telling a white lie is totally fine. Yet, this is all right as long as lying doesn’t become your habit.

Considering how many liars, phony and manipulative people we’re surrounded with, it’s really unfortunate we don’t possess special powers to read their minds. There are those who simply lie out of habit. Lying is simply their way of speaking. Honesty and trust are concepts unknown to them. And the good thing is that sometimes they get caught in their own web of lies because they easily lose track of them.

And there’s this type of liars that is so good at lying that it’s impossible to detect them. They’re able to come up with a series of elaborate lies so as to get what they want from you or hide their wrongdoings.  They show no consideration whatsoever for your feelings.

Since you’re likely to encounter liars in your everyday interactions with people, you need to equip yourself with the necessary skills to identify you’re dealing with a liar.

Here are 8 behaviors you should look out for:

You may find it hard to believe, but even the greatest liars feel a pang of guilt. They’re aware that they’re dishonest which often makes them feel uncomfortable when you look into their eyes. As they say eyes are the windows to the soul, liars refuse to make eye contact with you during the conversation because they fear you might see through their soul and catch them lying to you.

So, instead of looking at your face, they’ll look at the floor or at another person –  in fact, they’ll look anywhere just to avoid gazing into your eyes.

2. They behave nervously in your presence.

While experienced liars might not get nervous around you because they’re used to telling lies,  any other amateur liar who is trying to hide something from you will act nervously in your company.

They can talk at a faster rate, begin blushing or sweating heavily, or pace back and forth all the time. The moment you notice someone displays these symptoms, make sure you disengage from the conversation.

3. Their stories don’t add up.

Liars, especially the compulsive ones, don’t have much time to make their stories consistent. They lie so much that oftentimes they can’t remember what lie they said last. So, it’s no wonder that their stories don’t add up. They embellish their stories and depending on the person they’re talking to, they create appropriate versions of them.

So, if you notice that some names, numbers, dates, facts, or places in their stories don’t seem reasonable or likely, the chances are there’s a big liar standing opposite you.

4. They get defensive when you confront them.

A person who has nothing to hide will give a logical, credible explanation and act calmly when being questioned. But, you won’t get this kind of reaction if you try to confront a liar. Instead, they’ll go on the defensive by displaying signs of anger and becoming hostile.

They usually cross their arms, ball their fists, or look with rage at your face. These people will come up with the most absurd explanations and play the victim so as to shift the blame onto you and make themselves appear innocent.

5. They change the topic.

Changing the subject is another technique liars use when they’re confronted about their lies. There’s no liar who would admit their lies or go over their embellished stories again so as to mach details. Therefore they’re always ready to bring up a more neutral topic.

Most liars can’t sit still. This is an indicator that they feel uncomfortable and nervous in your presence. To avoid feeling this way, they’ll use any distraction they can.

This usually results in shuffling their feet, pacing back and forth, frequently checking their phones, moving around in their chair, or twirling their hair.

7. They change the original story.

Telling a lot of lies to cover up makes these people lose track of their previous lies. They forget the first version of their story, as it never happened, and when they need to tell the same story for the second time, they either miss some details or add new ones. Either way, this makes their story less plausible.

So, if you notice, their stories are inconsistent, ask them what they originally told you. I assure you this will confuse them even more and makes it easier for you to catch them in their own lie.

In order to convince you that their story is true, they’ll twist it and cover it up with more lies. To make you believe them, they’ll start repeating certain phrases and talking faster and uncontrollably.

By creating a web of elaborate lies, they end up creating a tale that makes no sense whatsoever. Thus, instead of convincing you that they’re telling you the truth, they sink deeper and deeper in the sea of their own lies.