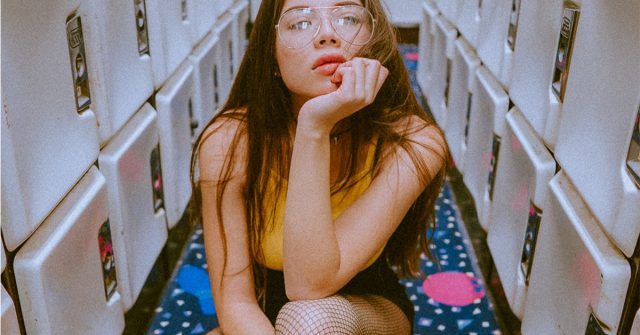 Not everyone can be a social butterfly. Some people just don’t like most people. That’s not to say that they’re rude or mean, it just means that they’re more selective about who they give their time to.

It may not seem like it at first glance but being with someone like that can be the best relationship of your life. Here are 8 reasons why the antisocial girl makes the perfect girlfriend.

The main reason that she doesn’t like most people is that she’s not trying to pretend that she does. Unlike some people, she isn’t fake. When she has something to say to you, she’ll straight up tell you. She’ll never leave you guessing about what she really means.

Most people just don’t get her sense of humor. If you get it though, you’ll soon find out that she’s hilarious. You two will have so many laughs and funny moments together. Even when you’re not feeling your best, she’ll still manage to make you smile.

Clingy can be good, but there’s a point where it’s just too much. She doesn’t take clinginess to far. She’s fine with taking time to herself and giving you space. As well as that, when you’re together, she won’t always demand your full attention.

She knows exactly what she wants out of life and how to get it. With all the time she’s spent by herself, she’s had the chance to learn more about who she really is and what her goals are. A girl like this will not only be successful in her own life but will encourage you to work hard in yours too.

Small talk is pretty much her idea of hell on Earth. You won’t ever be stuck talking about the weather with her. She prefers conversations that are much richer in meaning and depth. You’ll find that you two will grow so much closer together because of your chats.

She’s very picky about the kind of people that she has around her. That goes for her romantic relationships, her friends, and even the family that she chooses to spend time with. You won’t need to worry about getting along with her friends because you can be sure that they’re some of the best people out there.

7. She’ll Put in the Effort

The only relationships that she’ll get into are ones that she really believes in. She’ll work hard to maintain your relationship. Unlike some people, fighting is not her way of solving things. Instead, she’ll talk it out and really try to fix the issue.

At first, you might not be sure of who she really is. With time, she’ll slowly begin to open up to you. You’ll get to experience her inner beauty in a way that no one else ever has.

In the beginning, she’ll be a completely closed book. As you two begin to spend more time together, you’ll learn all about her and she’ll learn more about you too. You’ll fall in love with her more and more every day as you discover how wonderful she truly is.

Do you have an antisocial girl in your life? Share this article with her and see if she agrees with our list.