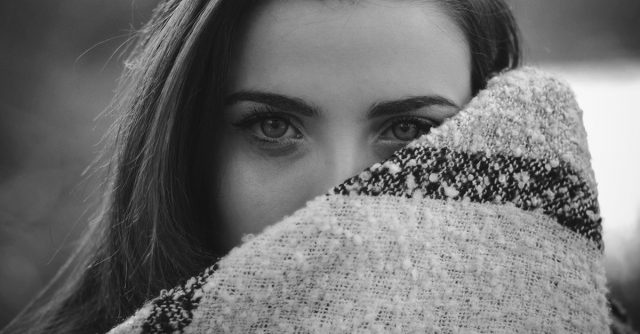 There’s a great difference between being alone and being lonely.  A loner will always prefer being alone, but they will never feel lonely.

There’s a common misconception that people who don’t try to fit into groups that share the same or similar attitudes, interests, and styles are lonely, depressed, unfriendly, and even weird. But, this is far from the truth because loners don’t have difficulties socializing with others and they’re definitely not lonely.

Loners enjoy spending time alone as this enables them to feel comfortable and more in touch with themselves. They like their own company better than wasting time among people with whom they have nothing in common or among people who are manipulative and phony. That’s why they only have the kind of friends they want to keep forever.

That being said, what other traits make a person a loner?

1.They are completely loyal.

A loner doesn’t crave the company of others the way many people do, and they certainly don’t want to be the center of attention. Instead, they want to form meaningful and fulfilling friendships with people who are trustworthy and with whom they feel free and comfortable to share details of their life.

However, once they get to like you and accept you as their friend, you can be sure they’ll never do anything that could betray your trust in them. They’ll appreciate you for who you are and stick with you through thick and thin.

Since they show loyalty in all fields of  life, be that relationships, family, work, you name it, they’re definitely the kind of people one should aspire to have and cherish for life.

So, if you happen to have a friend who is a loner, you can consider yourself lucky.

Loners are amazingly strong and sober when difficult situations come their way. Their calmness and strong focus result from their frequent self-reflection during their alone time.

When they’re feeling stressed, instead of wasting their time and energy on distractions, they spend time alone to contemplate problems, explore all their options, and recharge their batteries. This helps them easily find ways to deal with their problems.

Additionally, they never engage in heated arguments. No matter how much they disagree with you, they’ll never allow themselves to lose their temper and start shouting at you or acting rudely. Instead, they’ll stay composed and resolve the argument in a civilized manner. 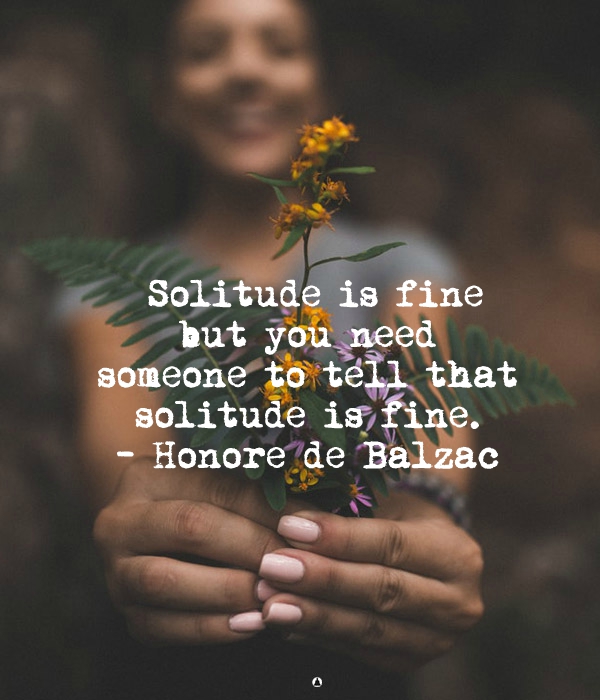 3. They are authentic and know their worth.

They never feel the need to pretend to be someone they are not. They are always themselves no matter where they are and with whom they are.

They don’t need other people’s constant praise and approval because they feel comfortable and happy in their own skin and they have confidence in their abilities. They never try to prove themselves and impress others because they know this can be quite exhausting and create unnecessary stress in their life. These people never allow other people’s opinions and approval of them to determine their happiness and self-worth.

While many people tend to ignore their own feelings and thoughts, loners tend to focus on and embrace their own. Spending a considerable amount of time with their thoughts leads them to realize more things about their personality and become more aware of their feelings, beliefs, motives, and choices.

Loners know themselves better than anyone else and they don’t have a rose-tinted image of themselves. Instead, they’re perfectly well aware of their good qualities and flaws as well, and most importantly, they never deny the latter.

Knowing and accepting themselves for who they are enables them to easily and better understand those around them.

Just because they like spending time on their own, it doesn’t mean they have closed minds. On the contrary, they enjoy exploring new ideas and activities and gaining exciting experiences. However, they will make sure they’ve had their alone time before doing something that involves many people.

Moreover, they know and accept the fact that people have different characters, opinions, and interests. And since they know what it’s like to be judged by others, they’ll never judge you for the things other people look down on or make you feel unworthy and inferior to them.

6. They value time, both yours and theirs.

If there’s anyone who understands the value of time, then that would be these people. They hate wasting time on trivial, absurd things and on people who they have nothing in common with or who drain their energy. They’re punctual and never allow themselves to be late for any meeting, be that with their friends, partner, or co-workers.

Because time is precious to them, they never engage in small talk, petty arguments, or gossip. According to them, such talks are totally useless and immature.

7. They have firm  boundaries.

Loners have strong and healthy boundaries. Spending time alone gives them plenty of space to think about what motivates them and what’s okay to talk about with others and what’s inappropriate. They don’t let everyone enter their private sphere. They believe that their personal matters only belong to themselves and they shouldn’t be anybody else’s business.

They expect you to respect their boundaries, which means not poking your nose into their private matters. However, you can be sure that these people will always respect your boundaries as well.