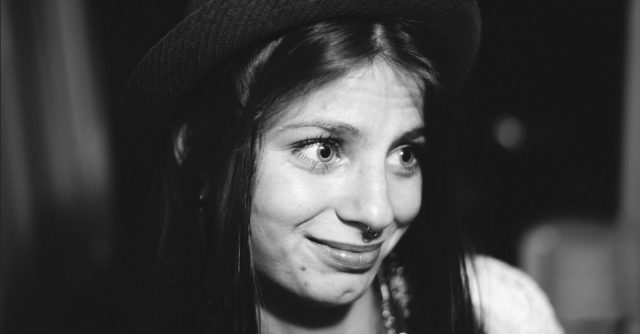 In most cases, the truth hurts. However, it’s the only option we have, and we have to accept it. And having someone who is there to lay it out in a clean and blunt manner is what most would consider as an advantage.

If you set your vanity aside and see in a clearer way, people who are ready to risk their friendship by letting you know how things really stand are the best people you can ever meet.

Bluntness is, first and foremost, selflessness. Why? It’s because we all know how some truths are better left unsaid – we fear that we will be understood in a wrong way, we care not to lose that person over such thing, and we end up being either dishonest or even blind to the truth that needs to be said out loud.

Here are 7 reasons why you should appreciate your blunt friends, and why they’re the best friend you’ll ever have.

1. Backstabs are not their style

We’ve all had that one close friend who has betrayed us at some point in our lives. This betrayal hurts very much because it shows a bit more to what person you’ve been dealing with aside from the fact that you’ve been backstabbed.

In truth, only those who like to mince words and wrap the truth in silk are capable of striking such blows. A bluntly honest person will never think of this, however, simply because they utterly hate such covert behavior.

If there’s anything they don’t like about you, you’ll be the first one to know – and they won’t have a problem telling you that the friendship is over if they deem you undeserving of their attention.

2. Truth and nothing but the truth

And no wonder we call them bluntly honest. They have no reason to discuss fantasies and to shift the viewpoints in favor to one or the other side. You will hear it as it is, whether you like it that way or not.

And this is not bad at all – we all need that wake-up coffee in the morning, so consider these people as a strong espresso shot when you’re going off the rails. You should really appreciate this honesty, as rarely who is so willing to risk being misunderstood because of the truth that may not be very pleasing.

3. No such thing as sneaking and scheming

Some people feel so insecure, that they’re ready to scheme a whole friendship while doing everything to feel bigger than the person they’ve ‘befriended.’ Others are simply mean – they’re ready to shatter you because it pleases them.

Blunt friends don’t need this kind of behavior, though. They feel confident enough and they don’t think that anyone should be treated in such a way. If they choose to be your friends, they will never resort to these sleazy techniques.

4. Good people with a conscience

They are openly and bluntly honest, they’re not evil. Some people feel highly offended by someone uttering the truth in such distilled way. However, blunt friends don’t do it to achieve such outcome – they do it because they’re genuinely good and have a strong conscience.

They will never allow themselves to remain silent when the truth needs to be spoken, and they will never weave illusions for you – their good nature doesn’t allow them to.

5. There are also compliments

Bluntly honest people have this bad rap for being reportedly ‘mean’ and ‘too direct.’ However, it’s not all about the truth that ‘shouldn’t be said out loud.’ A friendship with this kind of person is also about the nice things that are true.

6. They’ll never fail to give you a laugh

There’s never a dull moment when being with a blunt friend. You’ll see them stirring the s-pot every time they feel in the mood, causing some good laughs along the way. Their satirical and ironic jokes are what every wit-appreciating person loves, and they will always be on to something interesting.

What’s not to love about this?

7. And they love you – genuinely

If you have a blunt friend, know that they stick with you because they genuinely love you for who you are. Otherwise, they wouldn’t waste a minute on you, and they’ll let you know. So yes, they are who they are (and they’re not many people’s cup of tea), but they are the best kind of people out there – they do everything genuinely, and they love genuinely.

If there’s a person who keeps popping up in your head while reading this article, you should let them know how much appreciate them! It means you have a friend who’s ready to go to any lengths for you and who won’t disappoint you intentionally.