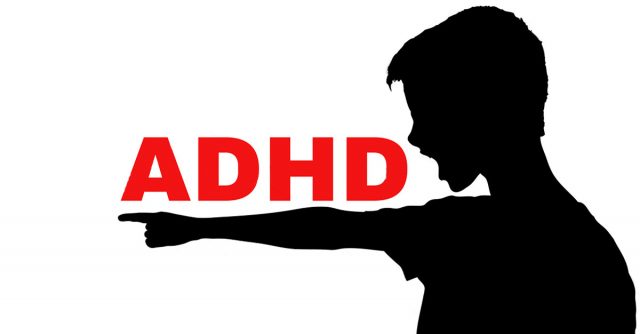 ADHD is a complex brain disorder that is developed in approximately 11% of children and 5% of adults in the United States. It is a widely-known condition that has the power to cause devastating consequences if not identified, diagnosed and treated in time. A delicate disorder and cause of difficulties in focusing and handling various aspects of life.

Experts explain that the term “attention deficit” is a misleading name. A more accurate interpretation of this disorder might be “attention deregulation” since people suffering from ADHD have attention (sometimes more than they need it) – they just have trouble focusing it in the proper direction, in the right time with the proper amount of consistency.

Joel Nigg, Ph.D., professor of psychiatry at Oregon Health & Science University says” “ADHD is not a breakdown of the brain in one spot. It’s a breakdown in the connectivity, the communication networks, and an immaturity in these networks. People with ADHD have trouble with global self-regulation, not just regulation of attention, which is why there are attentional and emotional issues.”

The condition itself can be presented in two distinct ways, or a combination of both. People with hyperactive-impulsive ADHD are known to act impulsively and impatiently. They are constantly moving, twitching or talking when they aren’t supposed to.

On the other hand, people with inattentive ADHD tend to be more distracted and forgetful. They easily lose track of time, misplace objects, or blurt out unrelated statements when their focus breaks free from its leash.

But, what really causes ADHD?

It is believed that ADHD has a high number of potential causes. However, it is important to understand that ADHD is not caused by bad parenting or too much sugar. Mainly because it is a brain-based, biological disorder.

Studies have shown that a child with ADHD is likely to have a relative diagnosed with the same illness, which clearly points to a potential genetic factor. However, other scientific research has shown that a high exposure to everyday toxins found in food, cleaning products, carpets, personal care products can also contribute to conditions as ADHD or autism.

So, it is extremely significant to understand that even though the overall treatment for ADHD includes medication (the commonly prescribed drugs – Ritalin and Adderall) along with behavior therapy (a form of psychotherapy that concentrates on changing the negative patterns of thinking), a proper nutrition can make a huge difference for some people with ADHD.

Studies have shown that what you feed your body is directly linked to how your brain functions. Nutritions are a valuable supplement in every diet because they influence our cognition, attention, sleep pattern and mood.

Here are 5 natural remedies for ADD/ADHD that have shown a great promise over the years:

ADD/ADHD is known to be caused by a disrupted balance of the neurotransmitters.

B-vitamins, particularly B6 and B12, are involved in the formation of GABA, serotonin, and dopamine.

GABA is also known as the brain’s “pull the brakes chemical. Considering that individuals with ADD/ADHD often suffer from too much information as a by-product of an intense brain activity, B-vitamins are supplements that can help with this condition.

The Omega-3 fatty acids (the “good” type of fat) found in fish oil are one of the most beneficial supplements for the human body, and they are considered as beneficial for ADHD patients as well.

The two essential fats – EPA and DHA found in fish supplements are vital for a proper brain function. The DHA affects the brain’s “learning” neurotransmitter – acetylcholine, therefore, consuming fish oil might help ADD/ADHD patients to easily focus on tasks and understand what they are working on.

As stated before, GABA is gamma-aminobutyric acid which acts as an inhibitory neurotransmitter for the central nervous system. GABA has the ability to block nerve impulses, so the nerve cells do not fire too often. It is widely known as the “hit the brakes” chemical, or our body’s natural calming chemical because it maintains balance in the functioning of our nervous system.

Zinc, Iron, Vitamin C, Magnesium are all crucial for a healthy brain function. And a patient with ADD/ADHD can be naturally deficient in these nutritions. That it’s why it is essential to incorporate vitamins in every well-balanced diet.

Zinc is known to regulate the neurotransmitter dopamine, and studies have shown that taking zinc supplements reduces hyperactivity and impulsive reactions.

Magnesium is also a supplement that makes neurotransmitters involved in an action. “Adequate levels of magnesium have a calming effect on the brain,” says Richard Brown, M.D., associate clinical professor of psychiatry at Columbia University College of Physicians and Surgeons.

They are known as the beneficial bacteria, commonly found in certain foods as yogurt and milk or other supplements.

Most people who suffer from ADHD are known to have a little good bacteria and high amounts of the bad bacteria in their bodies, according to Dr. Michael Lyon.

The research he conducted showed that a third of the children-participants have pathogenic, harmful bacteria inside them. He strongly believes that adding probiotics to the diets of people with ADHD, might help to decrease the presence of the harmful bacteria, and therefore reduce the symptoms of ADHD.

So, what do you think? Do you have any experience with these supplements?