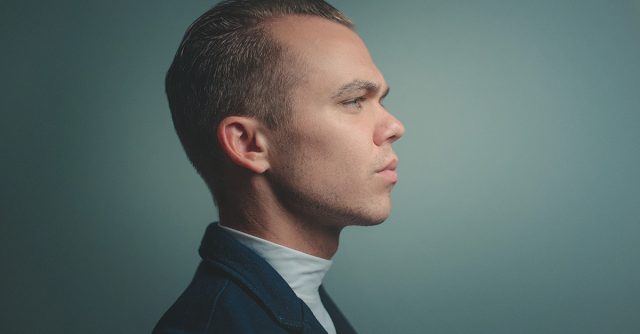 Falling in love with a narcissistic individual is falling inside the rabbit hole of emotional abuse. It is the ultimate game of “seduce and destroy”. At first, you don’t notice the negative effect they might have on you, justifying their behavior with “I’m sure they don’t really mean that”, but after a while, the never-ending cycle of insults and abuse becomes your everyday routine.

While it is hard to just put a stop to a relationship with a narcissist, the real difficulty comes after the breakup, when the process of healing finally starts.  You might have saved yourself from the claws of a vile person, but there’s still a lot of work to do, so you could mentally overcome the pain inside of you.

You saw them the way you wanted to, not for the person they actually were. But, after everything you decided to walk away for your own good. Because you realized that even the biggest love in the world won’t change someone.

Here are 11 signs that you’ve dealt with a vile person who possesses a narcissistic personality:

1. EVERYTHING HAD TO BE THEIR WAY

There were no “buts” or “ifs” in your conversations. Things had to be the way they said they’d be, otherwise, there was hell to be paid. You tried to confront them and resist their pressure, but after a while, you realized that no matter how hard you try to be heard, they didn’t care at all.

At the end, everything was the way they imagined it. And you couldn’t do anything about it, except to join the madness.

2. THEY MANIPULATED AND CONTROLLED YOU

It was in the small things, like their words and their actions. They knew exactly what to say to you, just to get under your skin and lure you into their trap. They observed you and knew exactly how would you react. And once you got stuck, it seemed like there was no escaping.

3. THERE WERE NO RULES FOR THEM

If there were rules which applied to you, there wasn’t such thing for them. They were above the law and they knew that they could get away with just about everything they wanted.

4. THE BLAME WAS ALWAYS ON YOUR SIDE

Whatever happened, nothing was ever their own fault. They always magically managed to spoil your brain into thinking that you’re the wrongdoer. The blame was always on you. And after a while, they successfully managed to destroy your self-confidence and convince you that you’re nothing but a great disappointment.

5. THEY THOUGHT VERY HIGHLY OF THEMSELVES

They showed their superficiality like it’s something to be proud of without giving a single damn. Humbleness was a word that never existed in their dictionary. It was always about them.

They seduced you with a pretended, glistening smile and a charismatic behavior. But, little did you know that under that kind exterior there lied a wicked, energy-sucking leech. You learned the hard way, that “all that glitters isn’t gold”.

7. CRITICISM WAS OUT OF THE QUESTION EVEN IF IT’S CONSTRUCTIVE

They had no problem giving you their rude and strong opinions which you didn’t even ask for, but when it came down to share a thought about the things that concern them, it was drama all the way.

It’s a well-known fact that narcissists are head over heels in love with their superior personality, that even the slightest speck of criticism makes them angry and hostile.

8. THEY LACKED EMPATHY AND UNDERSTANDING

Every issue and difficulty you experienced, they couldn’t relate and help out. It was almost like they didn’t care at all about you, and the only important thing in the relationship was their satisfaction. There was no mutual understanding, no compromises, not even a damn effort to make things right. You were left alone in the dark.

9. WITH THEM, IT WAS DRAMA ALL THE TIME

Wherever you two went, there was an ominous cloud of negativity upon you. Nothing was every simple and comfortable. Being in a relationship with them made you lose hope and drain out all of your energy.

10. THEY MADE MILLIONS OF EXCUSES FOR THEIR BEHAVIOUR

A narcissist never worries they’ll be caught in a vicious lie. Why? Because they’re well-grounded with make-believe excuses for their actions. And the way they say it, will make you never ever doubt them. That’s the mysterious ability they possess that makes people easily attach to them.

11. THEY MADE YOU LOSE YOUR FAITH IN LOVE

Everything you ever believed love was, they managed to crush it. They lured you into a wicked trap just, so they can feed on your unconditional affection and in the end, the only thing they left you with, was your broken, loving heart.