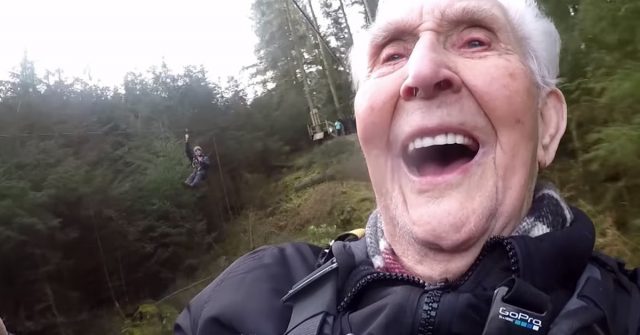 If you think of a person who’s 106 years old, you probably picture someone who can barely walk, who sits by the fire and knits while they watch TV. I know that if I manage to reach that age, that’s probably the fate that would await me. Likewise, it more than likely would be for most of us.

Despite that, one man has defied that stereotype. He’s defied all odds and completely astounded the world.

“How?” you may ask. Well, this 106-year-old man has broken the world record for zip lining. 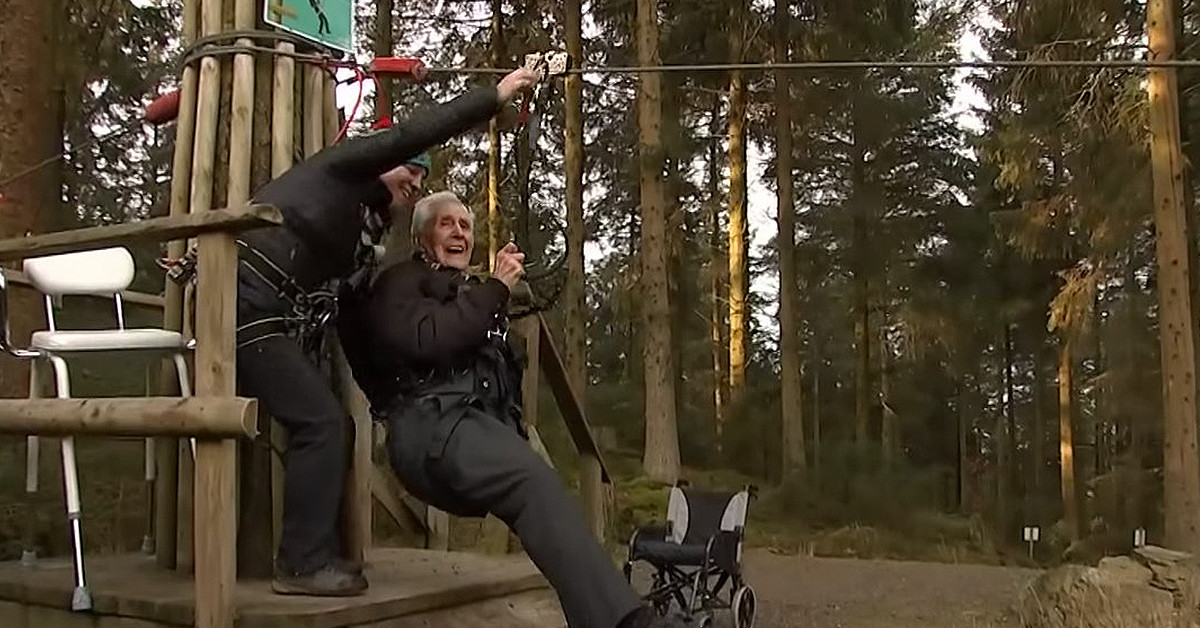 That’s right, this great, great grandfather is now the oldest person to go zip lining ever.

His name is Jack Reynolds and this isn’t the first time that he’s broken world records. Since he decided to do something exciting on each of his birthdays, he’s broken several.

Along with zip lining, he’s also the oldest person recorded to have gotten a tattoo, which he did on his 104th birthday.

As well as that, he also holds the title for the oldest person to have ridden a rollercoaster, a thing he did on his 105th birthday.

That’s not all, however. Since there was a lot of media attention surrounding his 106th birthday, he even used it as a chance to raise money for charity.

You can watch the awe-inspiring video for yourself below.

Share this video with your family and friends to show them that age really is just a number.