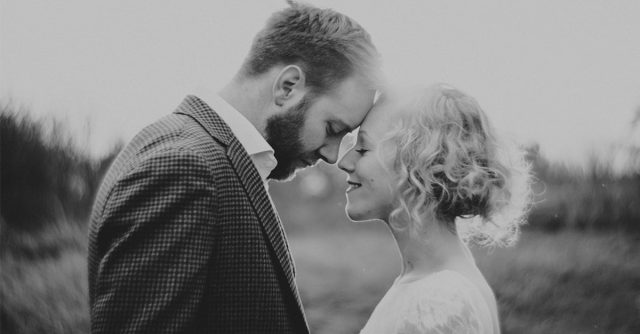 There are people out there who believe that if people would just hold on to the way people married in the past, there wouldn’t be anything wrong with the world. Many people believe that back then people were marrying each other in a “traditional” way – they married their high school sweetheart, had a bunch of kids and stayed together through everything.

But, all is not as it seems. And many of our assumptions about what marriage was like in the past are wrong. And here are the 5 most common misconceptions.

The conservative belief that you should meet the love of your life in high school and marry them by the time you finish college is insane. I believe people wrongly assume that our ancestors all married young because people in the most famous pictures and artwork were usually royalties.

And the royal marriage pool was small that the royal parents knew to whom they were going to marry their son or daughter even by the time they were kids. So, the royal weddings which happened during puberty were only for political reasons, because parents were using their children as bargaining chips in alliances.

But, people in Western Europe stayed constant and grooms were usually 26-27 years old, while brides were 23-24, according to a record from the 1600s. In general, people were always putting off marriage for as long as they needed to feel they are ready.

Some people wonder why is it that our ancestors could stay married to one person for life, but nowadays people are so likely to divorce when things get rocky? And the answer is that even our ancestors were getting divorced if they wanted to.

Ancient Rome and Greece both allowed divorce, with the most famous divorcee being Henry VIII whose first divorce happened in 1534. John Milton wrote 4 books on how amazing divorce was back in the 1640s. And by the 1920s the divorces were so common that it was thought that marriage would be a thing of the past.

Moreover, the death rate in the past was very high, and half of the marriages ended in 4-12 years. Who knows how many of them would have wanted to quit the marriage after 30 years? So, in a way death has replaced divorce.

3. SINGLE-PARENT AND BLENDED FAMILIES WERE NORMAL

All that dying and divorce meant that people found themselves single in their 20s and 30s and they were looking for a partner to spend the rest of their lives with. And since there were often children from the first marriages, that meant that blended families were a normal thing.

Many historians even believe that stepsiblings and stepparents were more common than regular families in the medieval period. Logically, before the remarriage occurred, those parents were single parents. So that was normal too in the past.

There are many people who believe that marriage exists only for the purpose of having children. And since it takes a sperm and an egg to make a baby, they think that the only acceptable kind of marriage is that between a man and a woman. But, how about those who are infertile? Are those marriages invalid?

Birth control has existed in the past in one form or another. They were using all sorts of ways to prevent themselves to conceive if they didn’t want to have children, including abortion. Many women, in fact, didn’t consider the fetus to be alive until they felt it move inside them for the first time.

Gay people have always been around, so they have formed relationships since forever. Gay marriage was not an uncommon thing in Ancient Rome because even Emperor Nero was married to 2 men. Also, during the Ming Dynasty in China, often older men married young men and brought them into their families as their sons-in-law.

In Spain in 1901, Elisa Sanchez Loriga disguised herself as a man to marry Marcela Gracia Ibeas. And even when the deception was revealed, they still allowed their marriage to stand.