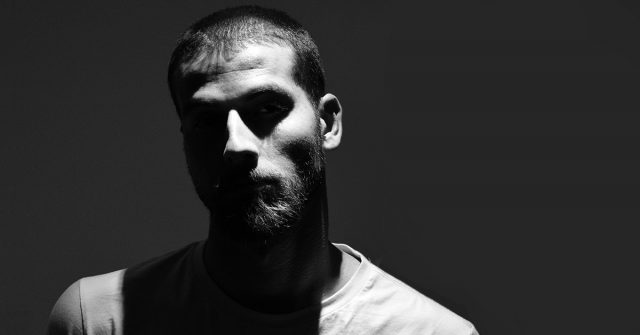 In popular culture, the word “narcissist” or “narcissistic” usually refers to self-absorption and vanity. But, this reduces narcissism to a common characteristic which we all possess and plays down the symptoms displayed by individuals that have the actual disorder.

People with narcissistic personality disorder can operate in highly manipulative ways in their relationships, both romantic and otherwise, due to their lack of empathy, deceitfulness, and their tendency to exploit others for their own gain.

The Diagnostic and Statistical Manual of Mental Disorders (DSM) defines a narcissist as someone who has an inflated sense of self-importance, a deep need for admiration, a sense of entitlement, and lack of empathy for other people.

These are the visible signs of narcissism, but the way a narcissistic individual behaves in a relationship is more complex and stealthier. I know many people that weren’t aware that they were in a toxic relationship with a narcissist until they left it. Why?

Because narcissistic individuals are excellent at deceiving and manipulating others. They can distort your perception of reality before you can blink. And you could try to decipher their actions and understand the way their mind functions, but it’s most likely that you’ll end up manipulated and deceived yourself in the end.

So, in order to protect yourself from manipulation and exploitation, it’s important for you to learn to recognize the warning signs when you are dating or you’re in any other kind of relationship with a narcissist.

Here are 5 covert manipulation tactics narcissists use to manipulate you:

These are the three stages narcissists tend to subject romantic partners to in a relationship. The idealization phase usually happens during the early stages of a relationship and during this phase, the narcissist makes you the center of their world by spending a lot of time with you and constantly showering you with attention, affection, and praise.

During this phase, you’re convinced that you have met the love of your life and that the narcissist can’t live without you. By constantly texting you, flattering you, and showering you with affection, the narcissist may easily fool you into thinking that they’re truly interested in you. But, what they’re, in fact, interested in is making you dependent on their attention and praise.

In the devaluation phase, you are left wondering where the person who claimed to be so deeply in love with you disappeared. During this phase, the narcissist will suddenly begin to criticize you, judge you, stonewall you, put you down, give you the silent treatment, and withdraw emotionally from you. It is during this phase that the narcissist’s true face shows itself.

In the discard phase, the narcissist leaves you in the cruelest and most demeaning way possible so as to convince you that you’re worthless. This can range from humiliating you in public, leaving you for another person, ignoring you for a long period of time, and many other demeaning behaviors with the intention of communicating to you that you aren’t important anymore.

Gaslighting is a manipulation tactic that narcissists use to convince you that your perception of their negative and abusive behavior is inaccurate. This tactic enables them to avoid taking responsibility for their mistakes and bad behavior, and it also enables them to control your emotions, thoughts, and actions and rewrite your reality.

Whenever the narcissist notices that you want to complain to them about their behavior, they’ll start denying doing or saying something bad to you that they actually did or said. To pin the blame on you, they’ll do everything in their power to make you think that it was your fault that they treated you badly or that the abuse never even happened.

To successfully lay the blame at your door for their own crappy behavior and distort your perception of reality, narcissists bring in another person to validate their point of view. That person can be an ex-partner, a friend, a relative, or even a complete stranger.

The triangulation can take place in person, but also over social media. To gain and maintain control over your emotions and actions, the narcissist will try to make you jealous since they know that this way, they’ll make you compete for their attention and affection and they will also make you feel insecure about your place in their life.

To achieve this, they’ll often bombard you with provocative statements, such as: “I wish you’d be more like him/her” or “She/he wants to get back together with me, but I don’t know what to do.”

Only when you start to see the true face of the narcissist do you realize that their ex-girlfriend or ex-boyfriend was only their victim – just like you.

After the discard phase, it’s likely that the narcissist won’t think twice about beginning a smear campaign against you so as to make you feel and look like you’re the unstable and manipulative one. To succeed in this, they’ll rely on their support network that tends to consist of people-pleasers, other narcissists, but also empaths and people that are easily manipulated.

The only way to prevent the narcissist from tricking you into playing this devious mind game is by going no contact, both with the narcissist and their support network.

5. They hide behind the mask of a “false self.”

Narcissists hide behind the mask of a “false self” – a construct of traits that they present to other people in order to gain attention and admiration. Due to this mask, it’s difficult for you to understand the full extent of a narcissistic individual’s lack of empathy until you’re in the discard stage – the stage where the narcissist reveals their true colors.

In the discard phase, you finally realize that the charming, sweet, loving person who claimed to love you and care about you at the beginning of the relationship was just an illusion. It was just a mask behind which the manipulative, self-centered, toxic narcissist was hiding all along.

The manipulative charm which existed at the beginning of the relationship doesn’t exist anymore. It’s replaced by the hatred the narcissist felt for you all along.

In the discard phase, you finally come to the painful realization that you were only another source of narcissistic supply. You were just another victim they lured into their trap.