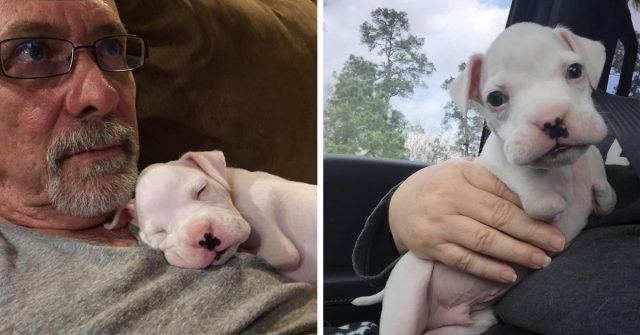 Nobby is a sweet pup that has had a very rough start in life. This poor, little creature has been born without his front legs. What’s even more heartbreaking is the fact that even though his mother accepted him the way he is, his siblings pushed him away.

No one believed that he would make it. Not even his vet. They thought that it would be best if poor Nobby was put down… The saddest thing is that at the time, the poor pup was only four hours old…

However, even though the vets were ready to start the procedure, Lou Robinson from Texas along with her husband Mark decided to go against their word and give poor, little Nobby a chance at life. 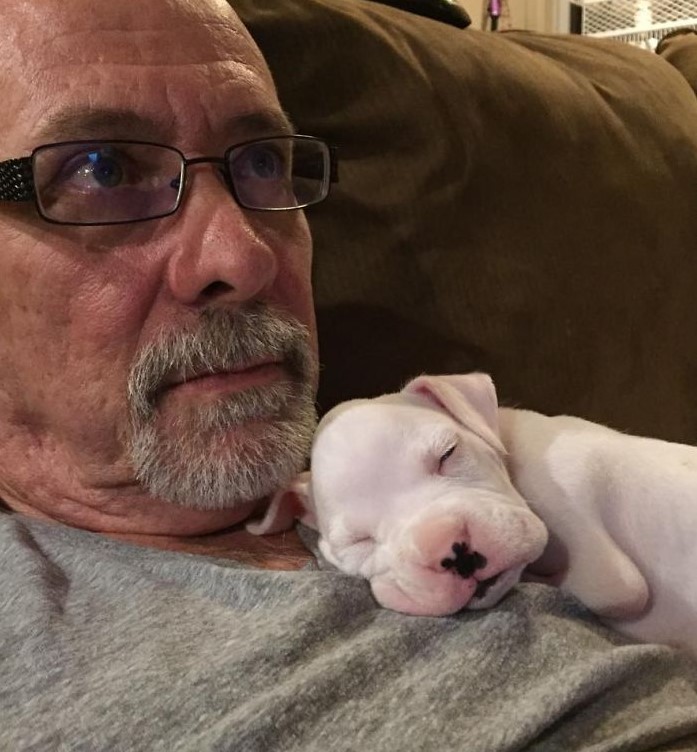 They refused to put down the poor, crippled, newborn pup and decided to take care of him themselves.

And so they did. They watched the dog as if it were their only child. They surrounded him with love, security, warmth, and affection. They fed him, hugged him, slept next to him, bathed him, looked after him… but most importantly, they loved him. 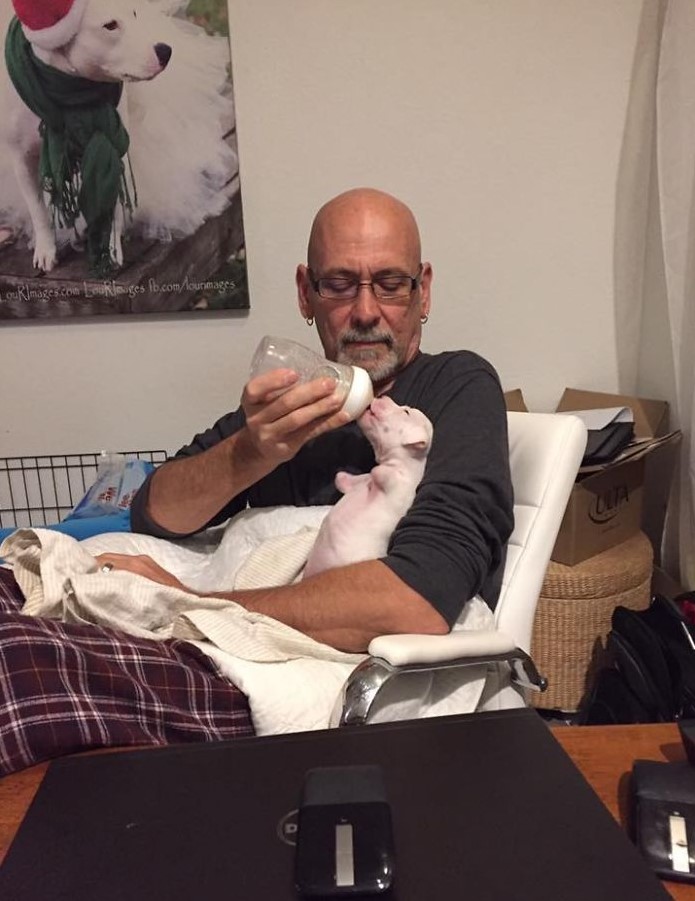 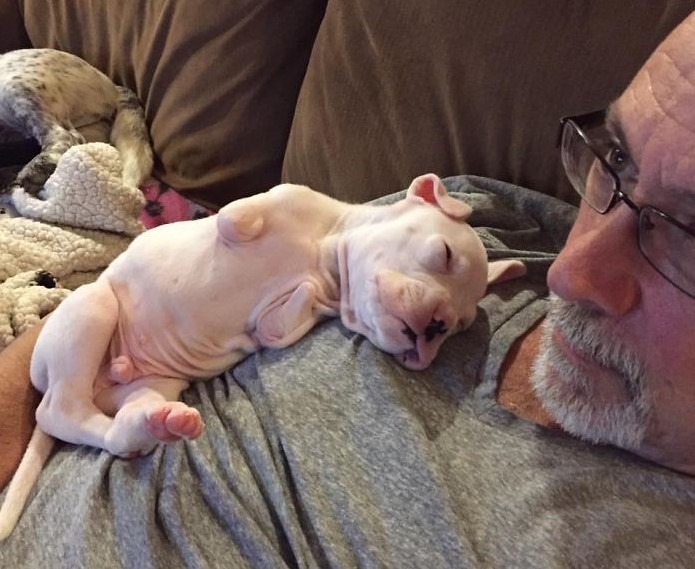 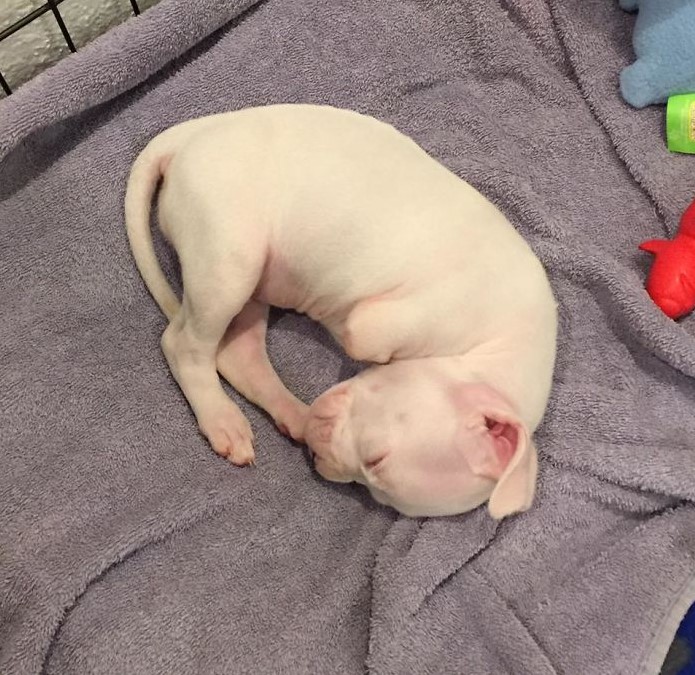 At first, it looked like Nobby was doing well.

“His eyes opened, his ears developed. You could hear him bark, he could smell and recognize voices,” said Loui Robinson.

However, after a while, things started to change… 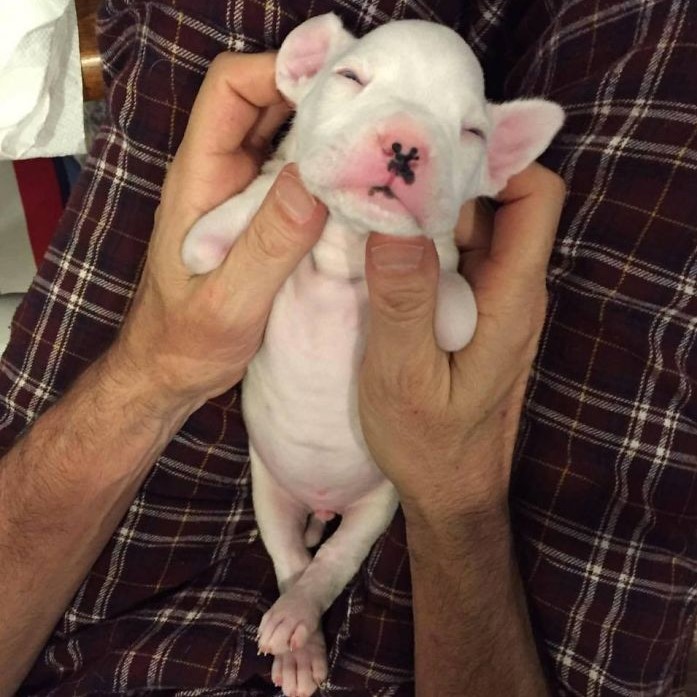 When Nobby was only one month old, he started sneezing. The poor thing had bubbles coming out of his nose, and what’s more, he also had trouble pooping.

Loui and Mark immediately went to the vent where Nobby had an x-ray. Turned out, the poor thing had a problem with his esophagus. The doctors decided to give him antibiotics and immediately place him in an incubator. It was a really sad sight.

But even though the whole situation got Loui and Mark worried sick, Nobby surprisingly turned out just fine. Once again, he proved that his will to live is stronger than his condition. He didn’t give up. No, instead he fought. He fought hard knowing in his heart that there are people out there who care for him and can’t wait to hold him in their arms for the rest of his life. 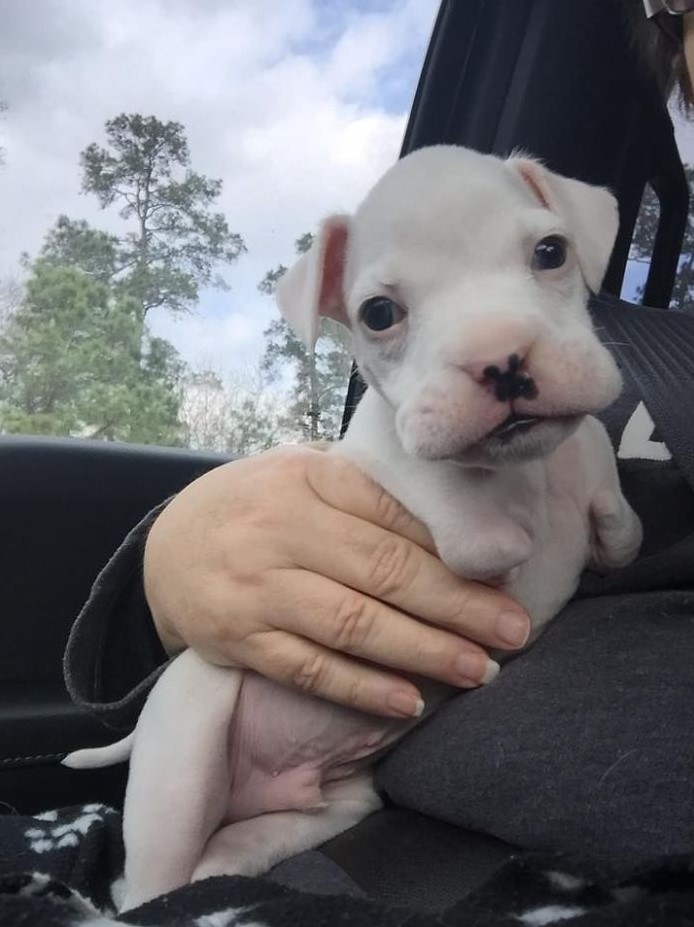 Fortunately, Nobby survived and he got better over time.

It has been three years since he won his battle. And today Nobby is an example of strength and great perseverance. He has fought and shown the world that life always wins… 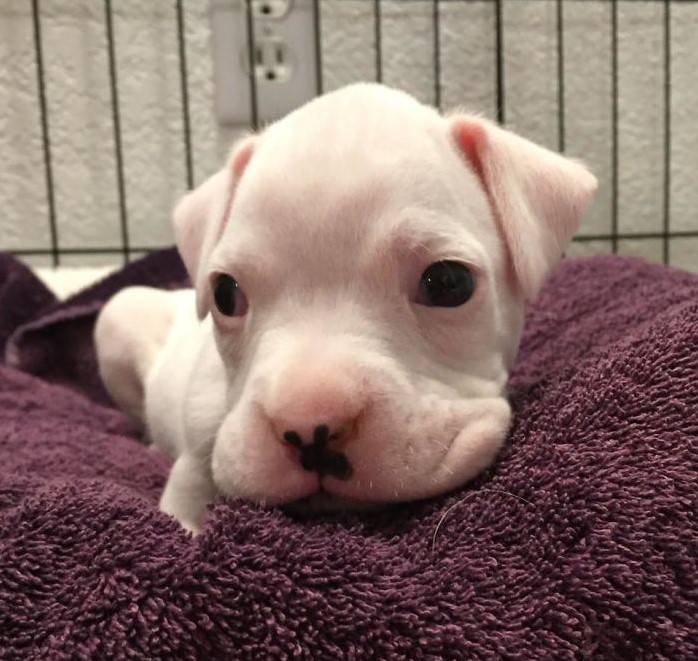 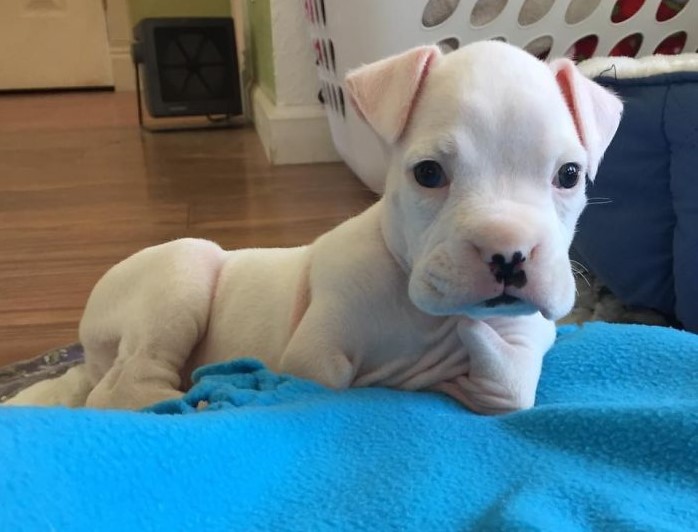 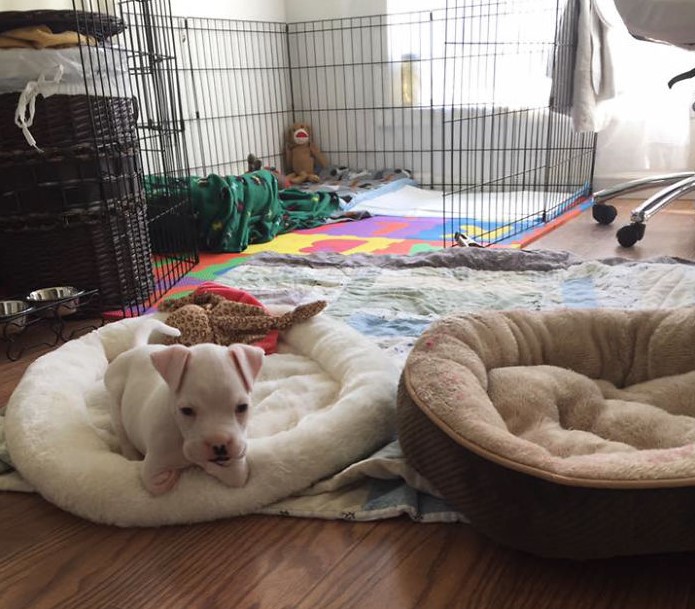 Nobby has grown into a strong dog that enjoys playing with his dad. He’s curious about learning new things and taking everything that life offers him.

If you want to check on him, make sure you follow the Facebook page his foster parents created for him. And if this story inspired you, feel free to pay tribute to Nobby by sharing it with your loved ones and reminding them that there are no limits to what we can do when we put our mind to something…