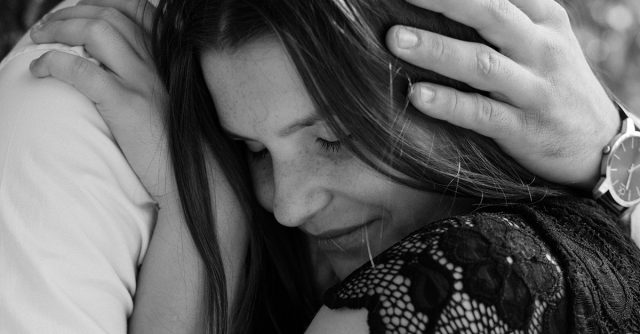 Why has physical touch, such as hugging, became so out of boundaries is being nudged from people’s lives? Do we have a crisis of touch?

“Of course we are moving away from touch!” says Francis McGlone, a professor in neuroscience at Liverpool John Moores University and a leader in the field of affective touch. He is deeply concerned and worried. “We have demonized touch to a level at which it sparks off hysterical responses, it sparks off legislative processes, and this lack of touch is not good for mental health.”

“We seem to have been creating a touch-averse world,” he continues. “It’s time to recover the social power of touch.”

The sense of touch is very complex. It has many nerve endings that recognize vibration, pressure, texture, itch, and pain. And there is one designed solely for recognizing gentle stroking touch.

Scientists have discovered that by slowly and gently stroking a person you can help them alleviate their feelings of pain and social abandonment.

We instinctively know the power of touch. That’s why the head of Marjory Stoneman Douglas in Florida hugged every student after the tragic shooting at the school. Princess Diana also knew that a single touch can change someone’s life and that’s why she held the hand of an Aids patient in 1987.

Touch has healing power. It slows down the release of cortisol, blood pressure, and heart rate, which improves people’s control over their stress hormones. Also, it boosts the immune system and it increases serotonin which is the natural antidepressant in our body, and it enables deep sleep.

And because touch serves as the main device for species recognition, the absence of it suggests that we humans have become less human.

It’s really a shame that we don’t see people touching and hugging each other these days. Everyone is on their cellphones, not caring about other people and what’s happening around them.

Let’s change this, shall we? Let’s start paying more attention to the people around us and hugging each other. Let’s bring ourselves closer to one another. There is enough distance and loneliness in this world.