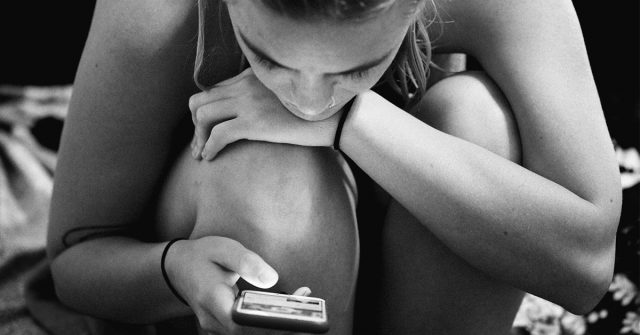 We’ve all heard “crazy ex” stories that have left us shivering at the thought of encountering such a person. For some reason though, we all think that it could never happen to us. Don’t be fooled into that belief, because it could happen to anyone.

It doesn’t matter how your ex behaved before you broke up, they still have the potential to go psycho, it just depends on their zodiac sign. Here are exes ranked in order of how crazy they are, based on their zodiac.

This sign makes pretty calm exes. Although they’ll be hurt at first, they’ll move on within minutes. Whether they find someone new or decide to go on a backpacking trip across Europe, they’ll be way too busy to stay mad.

Breaking up with an Aries is a weird experience. They immediately stop caring the moment that it’s over. Since they always try to think intelligently, they’re not going to waste their energy when they know that something is over for good.

An Aquarius will feel heartbroken when their relationship ends, but they won’t mope about their feelings. Instead, they’ll use their energy to do something productive or creative. Once it’s over, you probably won’t hear from them again because they’re too busy working on their projects.

This sign is known for being pretty hot-headed, which you’d think would mean they’d be pretty crazy exes. However, they’ll likely detach from the situation entirely. They’ll also completely forget about the person they just ended things with, meaning that there’s no chance of ever getting back together with them.

This sign won’t lash out at someone when they break up, but they won’t just sit back and take it either. They can end up being quite cold towards their ex until they feel like they have their power back. After that, they’ll probably move onto some sort of self-improvement project to feel in control of their lives again.

Libras are known for being huge romantics. After a break-up, they can feel completely hopeless and desperate about the whole situation. They may even do things that are self-destructive without realizing it. Despite that, they eventually move on because they’re optimistic that they’ll love again.

For Leos, breakups are a really painful process. Losing someone they love bruises their egos and can cause them to lash out in ways that they normally wouldn’t. Despite that, once they regain their pride, they move on pretty quickly and can sometimes remain on good terms with their exes.

Cancers are a bit tricky when it comes to breakups. On the one hand, they’re able to completely remove themselves from the situation calmly. On the other hand, however, they can still feel heartbroken and start doubting themselves which can spiral out of control. They’re quite likely to keep contacting their ex for a while.

This is the sign that you wouldn’t expect to act crazy, yet they often do in this situation. Their calm exterior just hides their paranoia and explosive tendencies. Once the relationship ends, they’ll overthink everything and let their irrational thoughts fester and grow. Sadly, this can cause them to lash out at their ex without even being prompted.

Pisces make the most dramatic exes of all. They’ll most likely lie in bed, dream about the love they had, and listen to love ballads from the early 2000s. Along with that, they’re one of the most likely to reach out to their ex weeks later.

One minute they value their ex’s friendship, the next they’re plotting their revenge. The thing about Geminis is that they can go either way. In some cases, they can be pretty calm about the whole thing and remain good friends with their ex. On the other hand, if their feelings are hurt and their egos are bruised, they can transform into complete psychos.

It probably comes as no surprise that Scorpios make the craziest exes. They have an intense dark side to them which they often hide behind humour. After a breakup, they’ll probably call their ex in the middle of the night to cry at them or even show up at their doorstep uninvited. As well as that, they’re usually extremely passive aggressive, and sometimes just plain aggressive.

Before you break up with someone, you might want to have a look at their zodiac sign first. That way you know that if you’re planning to break up with a Scorpio or a Gemini, you should probably pack a bag and buy a ticket to Peru. Just make sure that they don’t follow you there.

Share this article with your friends and find out how crazy they are as exes.