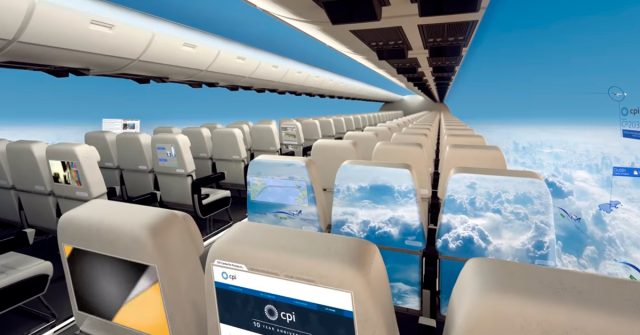 Airplanes have changed vastly since the first one flew back in 1903. Since then, they’ve grown, bigger, comfier, and have become hugely commercialized. Now, almost everyone in the US will have the chance to fly at some point in their lives.

These days, flying is about both getting from place to place as well as about the experience. As a result, most people scramble to get the window seat so that they can have the best view. However, that could be changing.

Windowless planes with a panoramic sky view could be flying very soon.

Instead of windows, these futuristic airplanes will have OLED touchscreens covering the entire length of the plane. These screens would be connected to cameras which would give a live view of the sky outside. 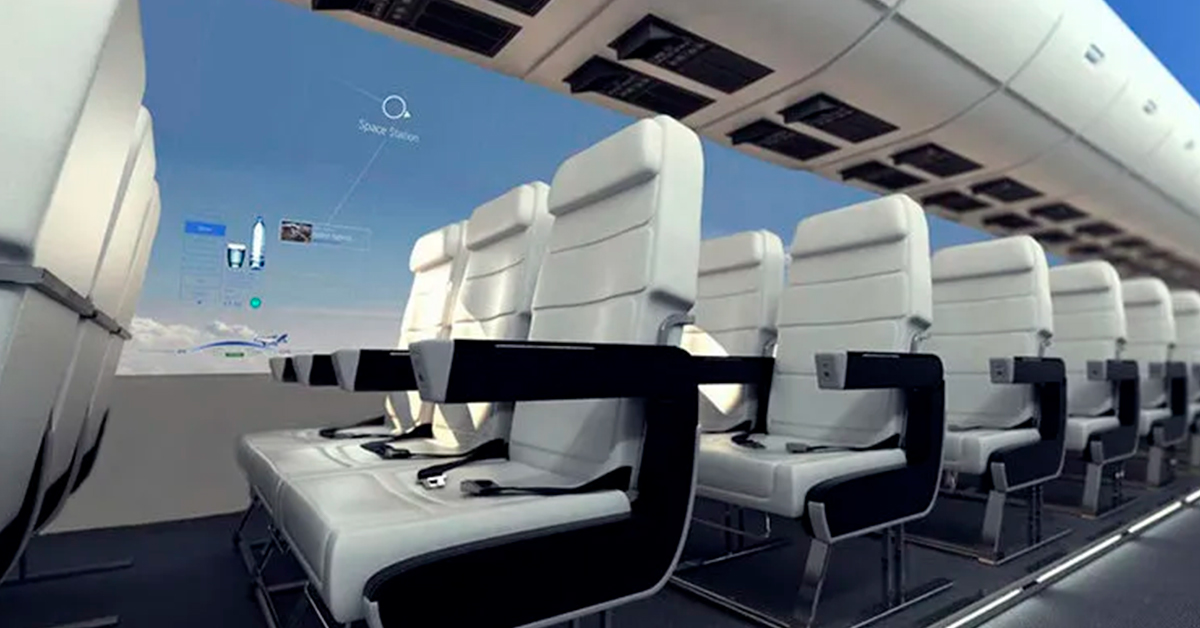 This would mean that every single passenger would have a view of the sky as they fly.

Don’t worry if you get bored of looking at the clouds though. The OLED touchscreens will also serve as an entertainments system too.

Although this technology may sound like something out of a sci-fi novel, researchers are already working on making this plane model a reality. In fact, windowless planes could even be flying within the next 15 years.

If you’d like to find out more about this new aircraft design, watch the video below.