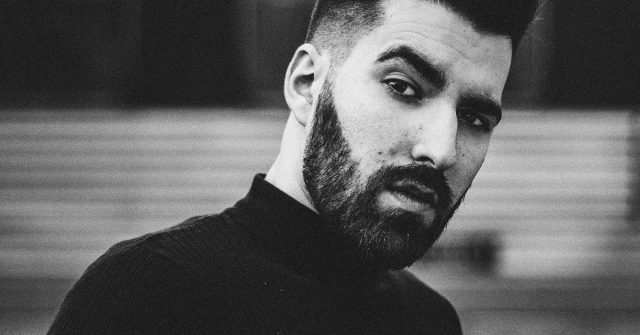 Toxic individuals, such as sociopaths, malignant narcissists, and psychopaths, engage in negative behaviors in relationships which ultimately degrade and hurt their family members, their friends, and their intimate partners.

Toxic people know many devious manipulation tactics which enable them to avoid taking responsibility for their actions and to distort their victims’ perception of reality.

Following are 10 manipulation tactics that toxic people use to silence you and demean you:

While disagreements and arguments are a normal part of any healthy and meaningful relationship, with malignant narcissists, sociopaths, and psychopaths, your differing opinions, emotions, and experiences get translated into evidence of your character flaws.

A toxic person will beat around the bush, change the topic of conversation, and assign a completely new meaning to the words you are actually saying (a meaning that your words don’t have), so as to make your opinions seem bad and shocking or absurd.

They’ll accuse you of saying or doing something you didn’t and they’ll put words in your mouth even before you have gotten the chance to complain to them about their behavior. This is how they easily avoid taking responsibility for their bad behavior.

A clear sign of toxicity is when someone is unwilling to see and acknowledge their own flaws and wrongdoings. So, in order to avoid taking responsibility for their own negative traits and behavior, toxic people choose to “dump” them on you in a cruel and painful way.

They deny doing or saying anything bad to you and they project their own wrongdoings and imperfections onto you with the intention of making you take responsibility for their own sh*tty behavior and feel ashamed of yourself.

For instance, a person that lies excessively may accuse you of fibbing. Or, a needy partner or spouse may call you “clingy” in an attempt to present themselves as the one that’s independent.

Gaslighting is probably one of the most devious manipulation tactics which exist out there since it enables toxic people to distort your sense of reality. It enables them to invalidate your emotions, make you doubt yourself, and convince you that your perception of their abusive behavior isn’t accurate.

When a toxic person notices that you’re trying to complain about their crappy behavior, they’ll do everything in their power to minimize the abuse or even shift the blame for their abusive behavior onto you.

“No, that never happened,” “You imagined it,” “Are you nuts?” – are words they’ll tell you until they finally convince you that it was your fault that they disrespected you and hurt you or that the abuse never even happened.

When you have a healthy and loving relationship, romantic or otherwise, with someone, they do their best to help you put right your mistakes, overcome your insecurities, and improve yourself, But, toxic individuals don’t want to help you better yourself. They only want to drag you down to their level of misery and degrade you in any way they can.

In order to make sure that they have every reason to be constantly dissatisfied with you, they try to instill a sense of unworthiness in you by pointing out your insecurities, fears, imperfections, past mistakes, and failures.

Instead of finding time to consider a different perspective or try to put themselves in your shoes, toxic people generalize everything you say and make blanket statements which do not acknowledge your perspectives and opinions.

For instance, if you mention to a sociopath, malignant narcissist, or psychopath that their behavior is unacceptable, they won’t think twice about making generalizations and blanket statements about your hypersensitivity and telling you things, such as: “You are always overly sensitive,” or “Nothing I say or do satisfies you.”

6. COVERT AND OVERT THREATS

Malignant narcissists, sociopaths, and psychopaths don’t like when their false sense of superiority and entitlement is challenged.

Instead of not interfering with your right to have your own identity, they’ll do everything in their power to instill fear in you about the consequences of refusing to comply with their demands, disagreeing with them over something, or failing to live up to their expectations.

Toxic individuals shower you with attention, affection, and praise until you are sufficiently determined to begin a friendship or relationship with them. Then they start to degrade you by criticizing and insulting the same things about you that they pretended to admire at the beginning of the relationship.

If a toxic person notices that you’re trying to distance yourself from them, they’ll shower you with sweet promises, grandiose stories, and fake remorse so as to lure you back into the abuse cycle and see how far they can overstep your boundaries once more.

Toxic people, especially narcissists, enjoy criticizing you and making you feel bad about yourself. They usually do this by making snide remarks at your expense.

These remarks are usually disguised as “just jokes” so that they can say awful things to you while still maintaining a cool demeanor. And if they truly hurt you with their harsh remarks and you attempt to call them out on their behavior, they’re quick to accuse you of lacking a sense of humor.

Malignant narcissists, sociopaths, and psychopaths love to have control over your emotions and actions.

They succeed in this by playing with your feelings, isolating you from your loved ones, controlling your finances and even social networks, emotionally withdrawing from you just to put you on a pedestal once they begin to lose control, and constantly vacillating between their true self and their false self so that you’re never sure of who they really are.