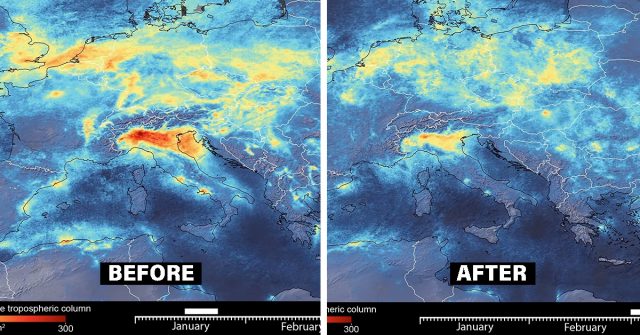 We’re all feeling and living the changes that are happening to this world these past few weeks. We’ve all been affected by the panic and the fear of the vast spread of the Coronavirus worldwide. Countries have closed their borders, the areas of quarantines are constantly increasing, the number of infected people is growing, the death toll is rising…

And quite honestly… It is really hard to maintain a positive attitude about it. I mean, right now it’s very hard to even imagine what the future would look like… No one really has the answers. We’re all trying to do our best by staying quarantined, finishing our work and just staying healthy…

However, it’s not all dark as it seems. Scientists have reported a very positive change after many countries officially announced that they’re going on lockdown.

According to European Space Agency (ESA) and other researchers worldwide, there has been a drastic reduction in nitrogen dioxide emissions – those released by vehicles, power plants, and industrial facilities following the lockdown caused by the global outbreak of COVID-19.

The graphs show a gradual decrease in NO2 pollution starting from the 14th of February. 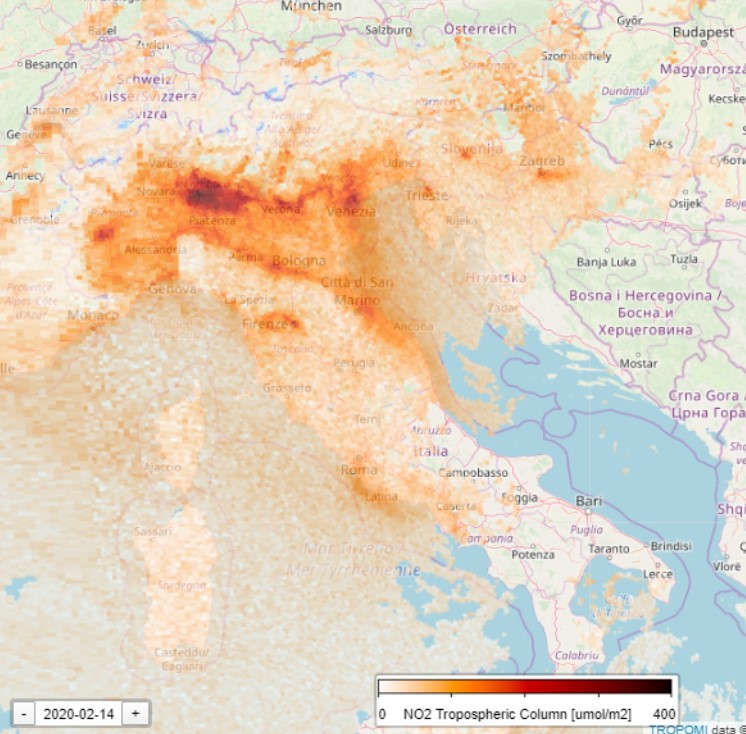 This is a graph from the 24th of February. It shows a lot less NO2 traces than the previous one. 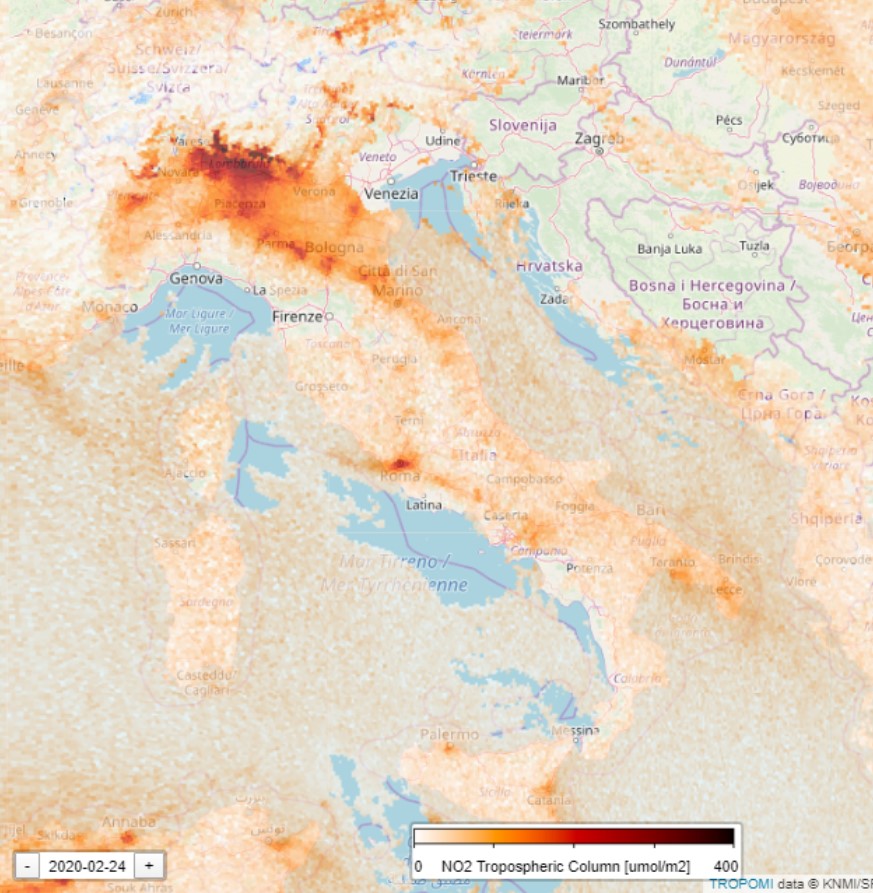 And finally, the graphs in March proving a significant decrease of NO2. 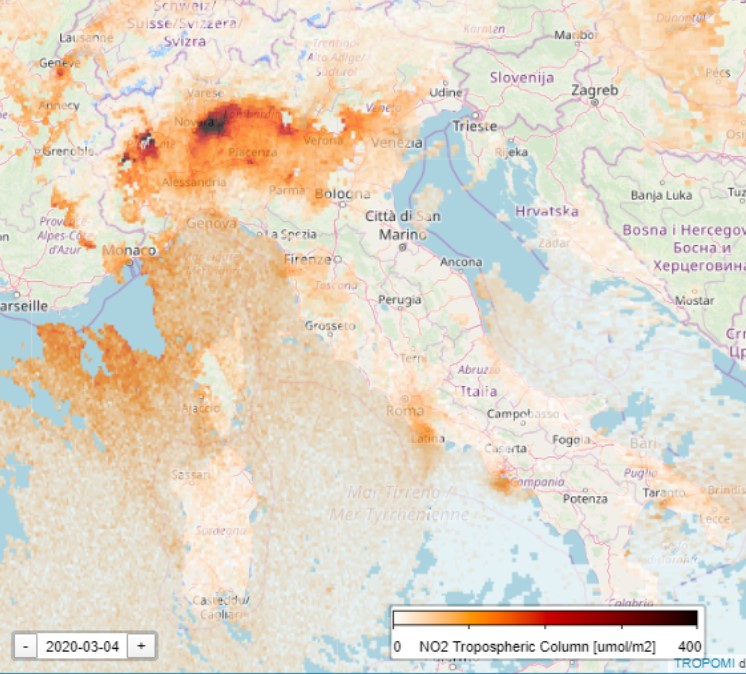 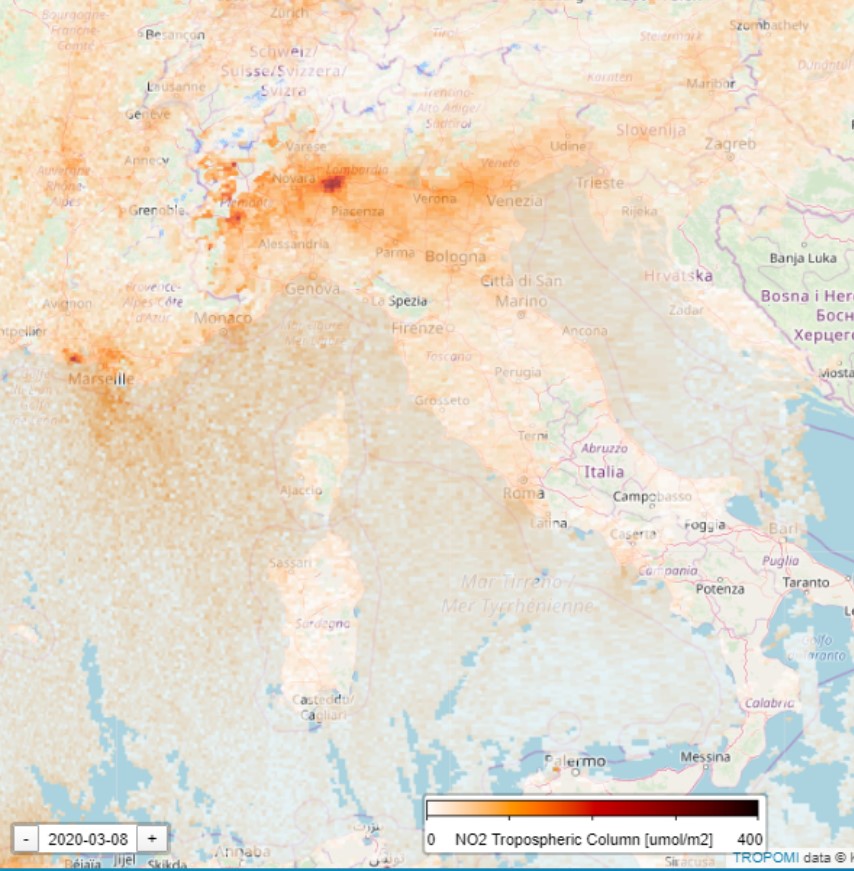 “The decline in nitrogen dioxide emissions over the Po Valley in northern Italy is particularly evident,” Claus Zehner, ESA’s Copernicus Sentinel-5P mission manager reported. “Although there could be slight variations in the data due to cloud cover and changing weather, we are very confident that the reduction in emissions that we can see, coincides with the lockdown in Italy causing less traffic and industrial activities.”

“Copernicus Sentinel-5P Tropomi is the most accurate instrument today that measures air pollution from space. These measurements, globally available thanks to the free and open data policy, provide crucial information for citizens and decision-makers,” said Josef Aschbacher, ESA’s Director of Earth Observation Programmes.

Additionally, Santiago Gassó, a research associate at NASA reported on Twitter about the results of the satellite sensor. 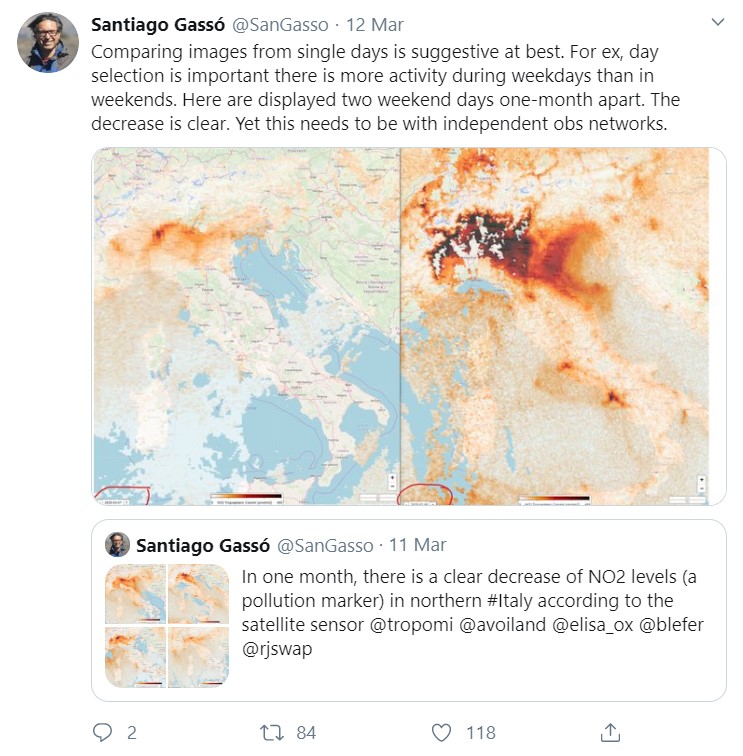 NO2 pollution levels over Italy on the 8th of February, Saturday. 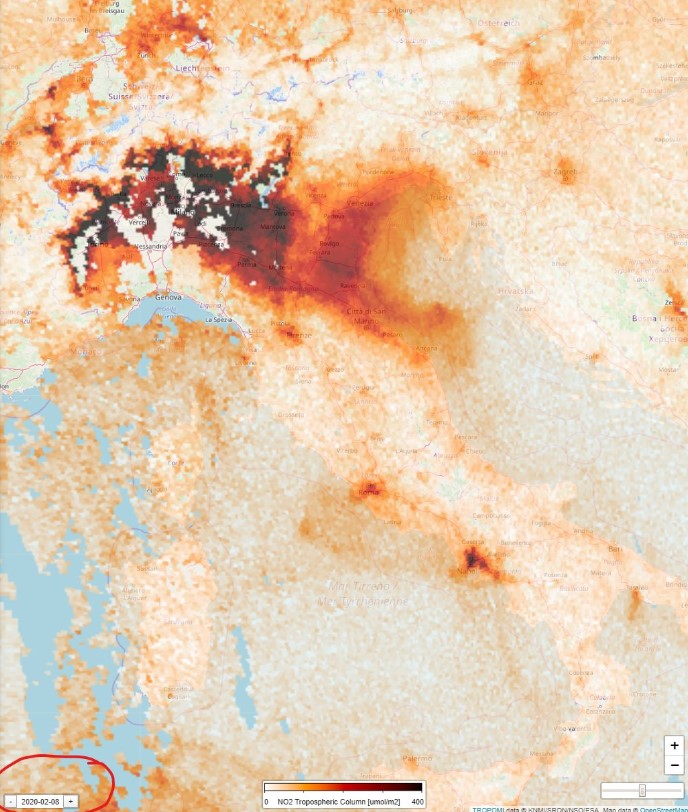 NO2 pollution levels over Italy on Saturday, March 7. 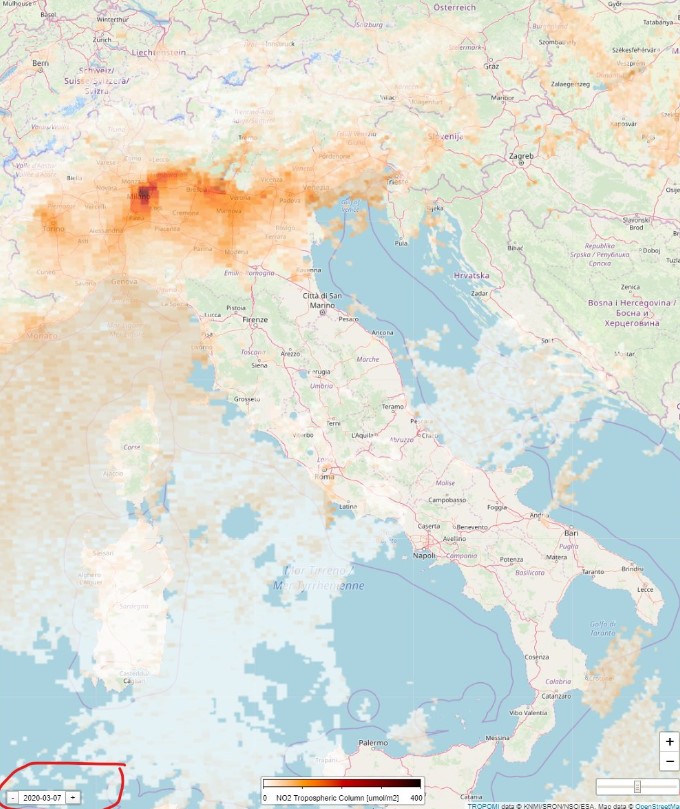 And these maps below are a part of the data presented by the Europian Space Agency (ESA) that show the same drastic changes in air pollution over the past month. 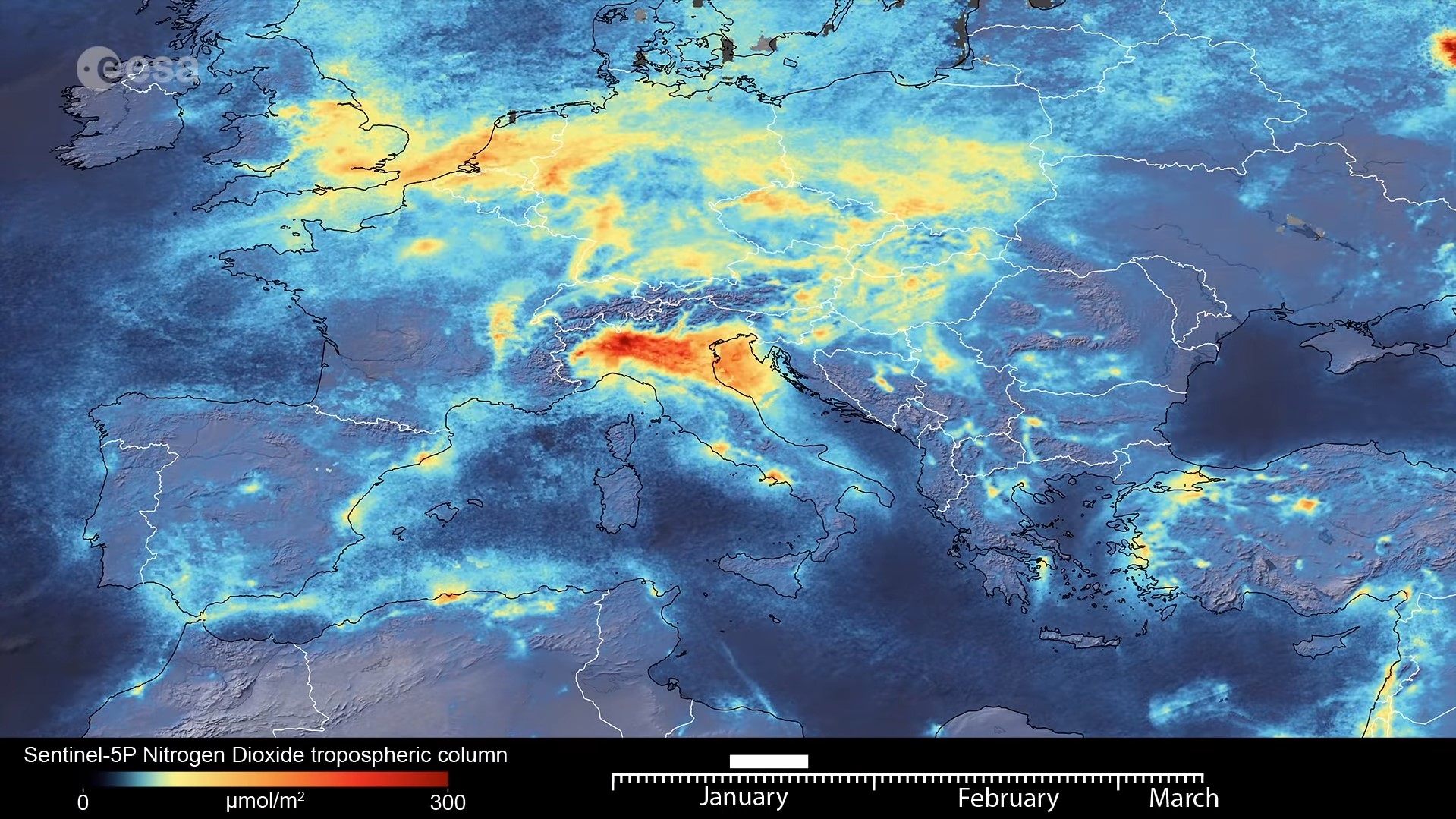 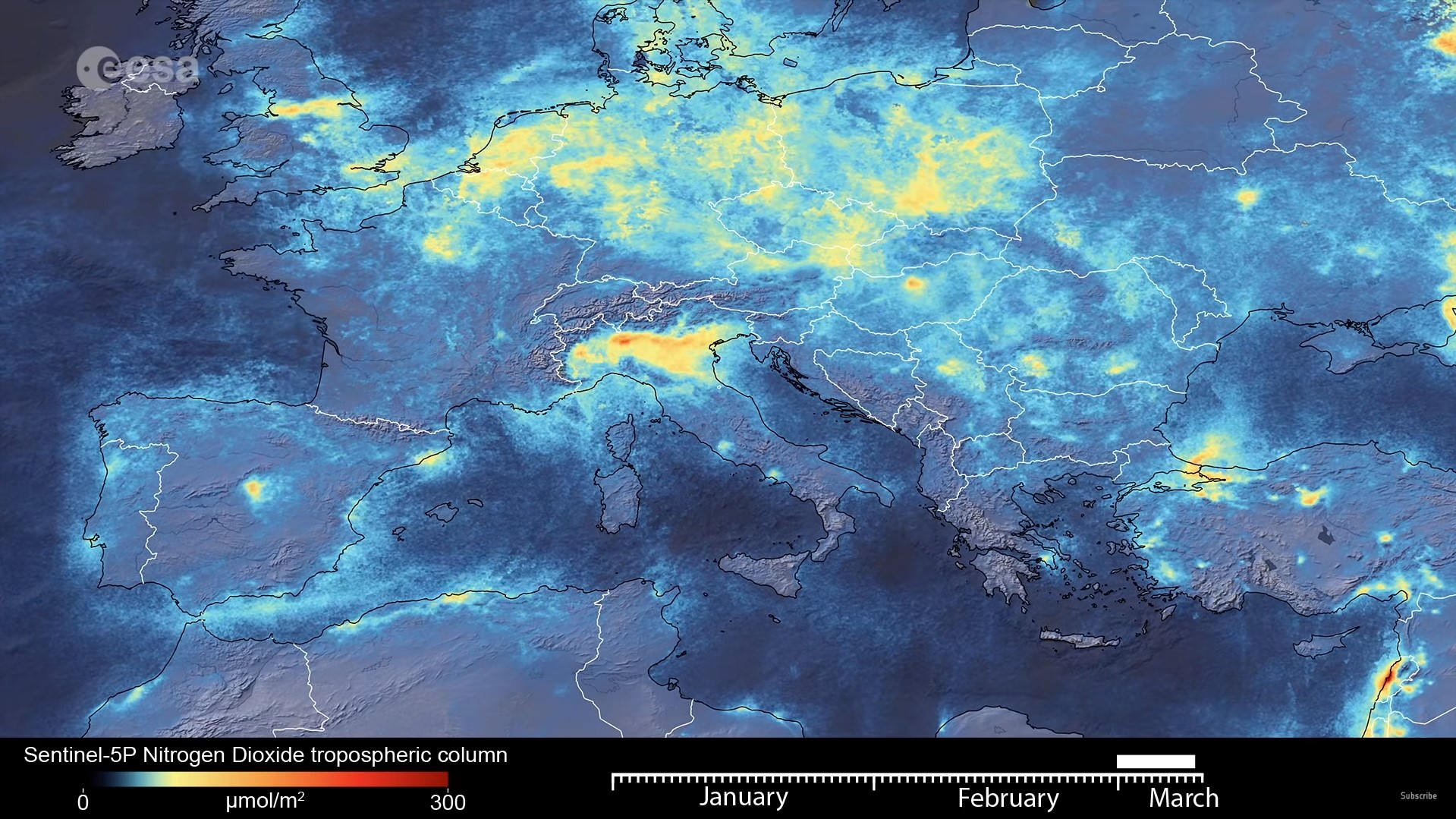 If you are interested in watching a time-lapse of the fluctuating NO2 emissions, make sure to check the video below.

Here’s how people all around the world reacted to this wonderful news.