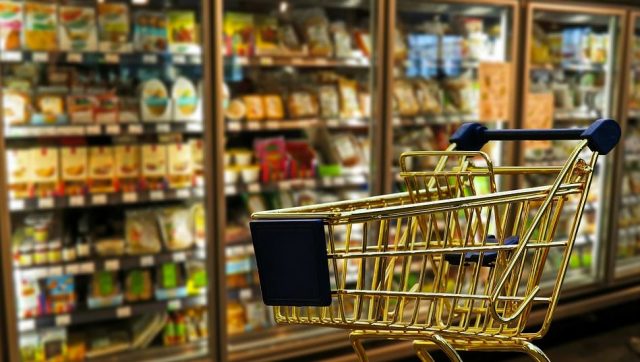 Globally, only 3 percent of grocery transactions are done online. According to a collaborated study between Google and Bain & Co., shoppers often feel hesitant about delivery services and find it hard sticking with one.

But the firm thinks that grocery commerce will definitely progress as companies keep investing in them.

There’s the impression that everyone is purchasing their grocery through the e-commerce platform as retailers like Amazon and Walmart hype their ability to deliver shopper’s order within an hour. But that’s against the grain.

Grocery shoppers are still disturbed on the expensive prices of groceries and condemn the late delivery of drivers and other disappointments.

Only a third of consumers have used the service of an online grocery store over the past year’s, as reported by the joint effort of Bain & Co and Google in a recent survey of over 8,000 U.S grocery shoppers. Only about 26% of shoppers claimed to have used the online platforms to order for their groceries. Instead, most shoppers would rather take multiple trips to the grocery stores.

At the moment, grocery chains are brainstorming on how to win over more shoppers.

Fear of having Amazon dominating the industry has pushed most of these companies to do this even if they aren’t making much profit.

.if one of the retailers is at it, the others have to follow, “according to Stewart Samuel, a program director at a food organization.

Most shoppers prefer to have a physical feel (touch) of what they’ll be buying especially on foods like meat. That’s a reason why a packaged food such as granular bars and chips sells very well online.

What’s more, there’s always some downside of the delivery service like  Driver getting late for delivery.

As reported by survey from Bain& CO., “Only about 43% off first time user of the online grocery services says it actually saves them time”.

One horrible experience can ruin a shopper’s belief of the whole concept and discourage them from ever trying again. It’s highly imperative for companies to provide a satisfactory service the first time because the first impression lasts forever in the e-commerce grocery world. Most people have testified to continue shopping on the platform where they had their first deal.

An adopted price is another issue at hand.

Generally, two pricing models are adopted when it comes to retailer marking up groceries and delivery fees,

The first is: a retailer will charge the shoppers exactly the same way it is in the physical store and then transparently talks about the extra charges on top.

The second is a retailer inflating the prices to ensure that extra fees are covered.

“People limit the number of things they buy online because they think the prices are way too high. It’s hard to know whether or not you’re getting a fair deal”, said a grocery shopper.

It looks like the competition in the e-commerce grocery store has evolved since 2017 when Amazon bought whole food, which was a total display of their level of seriousness with becoming an authority in food and food delivery.

Walmart hopes to provide grocery delivery in over 1600 location before 2020. They continue to outsource drivers from Deliv, Doordash, and other delivery providers in order to reach out to new markets.

It also teams up with jet.com to target New Yorkers who are definitely not close to a Walmart store.

Mercato, an excellent grocery store has also taken strategic steps in order to reach out to more clients for grocery delivery.

Kroger currently delivers grocery from over 2000 stores. According to a spokesman, ” Kroger isn’t planning to expand their grocery stores this year”.

Some grocery chain, however, concluded that online grocery delivery may not worth it. “With time technological advancement and delivery will take over”, Vince, a professional analyst said.

” Ecommerce Grocery stores would soon evolve and the world will happily embrace the new technology”. But until then…..