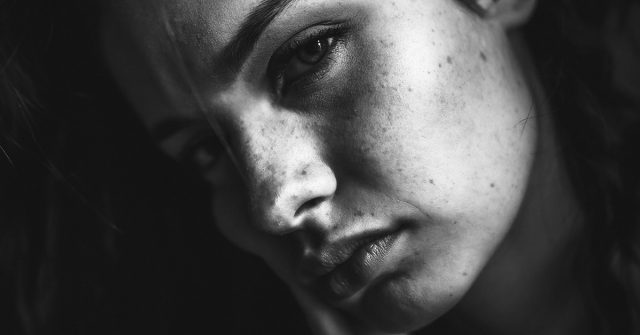 The effects of childhood drama can have a negative impact on your psyche as you enter adulthood. Children of narcissistic parents are well aware of this, having been raised by someone who is incapable of feeling empathy, compassion, and remorse and who has a false sense of superiority.

Children of narcissistic parents are taught and conditioned at an early age to believe that their worth is determined by the reputation of their families and to seek approval where there’s none. And the reason for this is simple: They’ve been raised in an environment where love was seldom honest, unconditional, and selfless, if given at all.

Unfortunately, children that have been raised by unloving, unsupportive, and selfish narcissistic parents can get trapped in another cycle of narcissistic abuse, and in what follows, we’ve presented 6 reasons for this:

1. They’re accustomed to being controlled and manipulated.

Narcissistic parents are known to regularly disrespect their children’s boundaries and control their hobbies, interests, relationships, and behavior through threats, manipulation, and verbal or sometimes even physical abuse.

So, never allowed to be independent and confident people, children raised by narcissistic parents grow into compliant individuals who are not aware of the fact that their need to please others may harm them. Because they can give their love to and meet the needs of someone who is manipulative, selfish, and even abusive. Someone that doesn’t deserve their generosity.

2. Love-bombing represents the love and attention they may have never received from their narcissistic parents.

Children of narcissistic parents can be particularly susceptible to the sweet talk and love-bombing of a narcissist since they long to receive the validation they didn’t gain in childhood. So, when a narcissist showers them with affection, sweet words, and praise, they make them become more addicted to their attention. However, when the narcissist later degrades them, this reminds them of their emotional wounds from their past and inflicts new ones on them.

3. They tend to feel like they aren’t good enough.

So, by not feeling good enough, they end up trauma bonded to their narcissistic partner that actually represents to them the people whose expectations they failed to meet and whom they depended on in childhood .

4. They tend to associate being valued with being an object.

Narcissistic parents are known to teach their children that their worth depends on what they can do for them and how compliant they are. They’re known to constantly expect their children to meet their expectations and maintain their reputation.

Well, while an adult person who’s been raised by narcissistic parents may find being a trophy girlfriend, wife, boyfriend, or husband flattering in the beginning, since as a child, to be perceived as a trophy or prize felt like a sign of validation and approval and the only source of love and attention from their parents, this may be a pretty limiting and debilitating experience for them. Because it’s scary and awful to be told you solely exist for the purpose of pleasing others.

5. Their pain threshold is way higher than that of those that have never been abused.

When a child is raised by one or two narcissistic parents, rage and contempt are perceived as ”normal” in a relationship. They’re treated with kindness and respect only when they’re needed and then subjected to narcissistic contempt and rage when they fail to meet the needs of their parents or threaten their sense of superiority.

After one has experienced narcissistic abuse in childhood, they become desensitized to verbal abuse and toxic behaviors to the extent of not processing it as abuse. So, in order to survive in such a toxic environment, they may develop trauma bonds and become more prone to bonding with narcissistic partners in adulthood as a result.

Their need for love, for a safe place, for belonging, and for a true home is greatly distorted by the experience of having been raised by a narcissistic parent. Their safe place and home, strangely enough, may feel like it’s with another narcissistic individual like the one that raised them.

That’s the reason why instead of focusing on their partner as a parent, they should “re-parent” themselves and be compassionate towards and patient with themselves as if they were their own children so that they can be open to finding a partner that can give them the same amount of love and support they give themselves in times of need.